Pressed by MSNBC Host, Hillary’s Econ Advisor Can’t Give Any Details About Her Policies 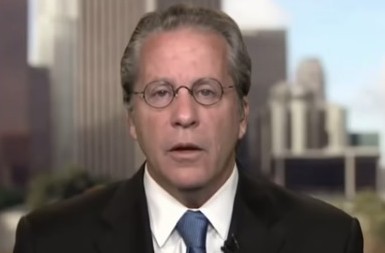 MSNBC host Thomas Roberts challenged Hillary Clinton‘s economic advisor Gene Sperling over the lack of details in her Monday economics speech, prompting an admission from Sperling that details were sparse.

“The one thing that people were asking after this speech is, ‘Where are the details?’” Roberts said. “So where are they?”

“In terms of the details, we’ve got a long ways to go,” Sperling admitted. “And what she was doing in this speech is putting out the fundamental frame that will define the overall distinction between her and the Republican approach you hear.”

“And she’s putting out very specific policies,” he said. “Even today she is suggesting areas she’s going to be announcing more details on.”

“Hold on a second,” Roberts cut in. “She is putting out overarching themes, but not giving the details. So while she wants to attract the progressives– the people that say a Bernie Sanders is getting on board because he will talk about details when it comes taxes– it seems as if Hillary Clinton will give overarching themes and when we look at the details, they are not there.”

“Yeah, no, that’s completely not fair,” Sperling argued. “Because, listen; it is July of 2015, and she is putting — she’s already put out some specifics. You will see more details and specifics.”

But Roberts wasn’t buying it: “A lot of people would say she’s running for president since 2008. So let’s say for instance, what level would the national minimum wage be?” he asked.

“You know, Thomas, I won’t get ahead of the person I advise,” the Clinton adviser responded.

Watch the full clip below, via MSNBC.