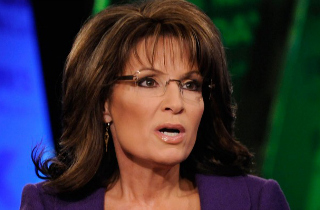 During her tenure as a Fox News contributor, Sarah Palin reportedly cost the network around $15 per word spoken on air.

University of Minnesota’s Smart Politics blog dissected the numbers behind Palin’s now-expired three-year contract, rumored to be worth $1 million per year. They found that from 2010 through 2012, she spoke 189,221 words on air, averaging a pay rate of $15.85 per word.

The media blog also broke down statistics about her many appearances, for those so inclined:

Sean Hannity and Greta Van Susteren both interviewed Palin 55 times, combining for nearly three-quarters of her appearances on the network over the last 36 months. (Note: the latter total includes interviews by Griff Jenkins and guest host Martha MacCallum on Van Susteren’s On the Record program).

[…] Overall, 74.4 percent of the words Palin delivered during her political analysis occurred on these two programs.

And, for those still interested, the blog also broke down her use of catch phrases on air:

She only uttered her patented “you betcha” line twice as a Fox employee, and both during her first month as a paid analyst.

[…] Religion was frequently peppered into Palin’s commentary and the former governor uttered “Amen” 111 times across her 151 appearances.