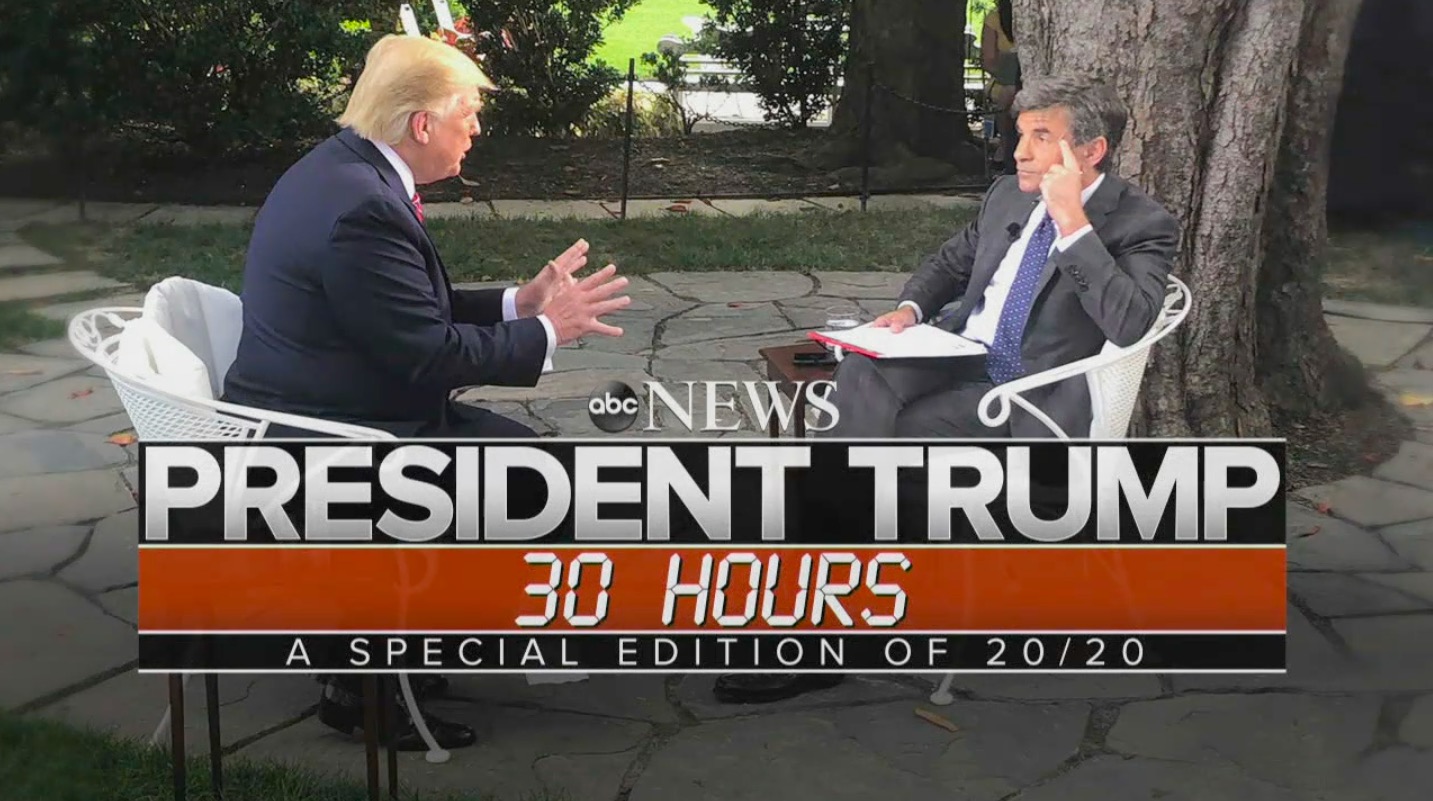 Are Americans growing tired of the Trump show? President Donald Trump’s interview with ABC News made serious headlines last week before its airing in full Sunday night, but according to the ratings viewers were not all that interested in the hourlong special.

The interview had fewer viewers than Celebrity Family Feud, which aired in the same time slot last week, according to ratings site TV by the Numbers.

The interview, with ABC’s chief anchor George Stephanopoulos, came in third for its time slot Sunday night, with 3.91 million viewers. Celebrity Family Feud had amassed 6.1 million viewers, per TV by the numbers. The special could not compete with the finale of the U.S. Open on Fox, which drew 7.29 million viewers or CBS’ 60 Minutes, which came in at 4.67 million viewers.

ABC News anchor David Muir nabbed the first primetime interview with Trump after his inauguration in 2017, which notched 7.5 million viewers.

Stephanopoulos was up this time, managing t0 secure a rare network television interview with a president more favorable to granting such exclusive access to Fox News. The president even advertised the interview on his Twitter page, promising to do more network interviews in the future.

I enjoyed my interview with @GStephanopoulos on @ABC. So funny to watch the Fake News Media try to dissect & distort every word in as negative a way as possible. It will be aired on Sunday night at 8:00 P.M., and is called, “President Trump: 30 Hours” (which is somewhat….

Leaked portions of the interview went viral last week, such as when Trump admitted he might take information about opponents from a foreign entity, or when the president told Stephanopoulos he was “being a little wise guy.” We have the best moments from the interview here…