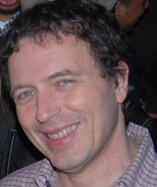 For anyone whose political identity was formed during the poison years bracketed by Walter Cronkite’s tenure as CBS evening anchor, the avuncular newsman was like the kindly, reassuring narrator of a political horror story.

If, as CBS News president Sean McManus mourns, Cronkite’s status “will never be duplicated again,” it’s not only due to the modern fragmentation of the news audience — it’s also because, ideally, the country will never again go through such an extended trainwreck. The events reported by Cronkite during his 19 years as anchor — a shorter tenure than his successor Dan Rather’s, or Tom Brokaw’s at NBC, but so much more influential — are America’s lasting scar tissue.

Cronkite’s era began in the months before JFK’s death, and ended in the wake of the Iranian hostage crisis and Ronald Reagan’s ascension. He oversaw two Kennedy assassinations and Martin Luther King’s, the Democratic convention riots of 1968, the decay and destruction of America’s inner cities, the ’60s culture wars, Watergate, Gerald Ford’s bumbling followup to Richard Nixon, US defeat in Vietnam, the oil crises of ’73 and ’79, Elvis’s death and Lennon’s murder, Three Mile Island, and Jimmy Carter’s 1979 summer meltdown. Worldwide, he reported two mideast wars, rising tension with the Soviets in the late ’70s, the massacre of the 1972 Israeli Olympic team, the fall of the Shah, and major terror attacks in the UK and Italy.

As a child and teenager, these events made me anxious, depressed — and angry that nothing could be done to stop the string of disaster. Cronkite had declared Vietnam a failed war in early 1968, yet it raged for five more years — widened by Richard Nixon, who had won office promising to end it. I was devastated on election night in 1972, when Cronkite reported Nixon’s 49-state obliteration of George McGovern’s antiwar crusade, to which I’d devoted all my after-school hours that fall.

But I remember being slightly consoled by Cronkite’s unstated but implicit disapproval of the rout, leavened as always with the life-goes-on detachment he earned though years of dependable nightly appearances. (Cronkite and Johnny Carson were our pillars of stability during those years.) It was no surprise to later learn that McGovern’s advisors had briefly proposed picking Cronkite for vice president, and more than a small disappointment to consider how his selection might have changed the outcome.

His famous Vietnam broadcast aside, Cronkite didn’t take positions — he set boundaries. Throughout Watergate, his CBS news team was — even more than the Washington Post, since it reached a far wider audience — a de facto referee signaling us that some abuses of power were unacceptable and really did merit the unprecedented termination of a presidency. Cronkite’s voice was the center of gravity that made impeachment less unthinkable. The national trauma of deposing a leader was mitigated by knowing that while Nixon would be gone, we would still have Walter Cronkite, every night at 7.

During the Clinton era, the catch-phrase “national conversation” came into vogue. But no president has ever been able to facilitate a true national conversation the way Cronkite did during those years of upheaval, whether the subject was Vietnam, race, or poverty.

In 2002, I saw him speak on a political panel hosted at NYU, where he railed against the impending Iraq invasion. I was thrilled and a little surprised by his intensity on the subject. In his closing remarks, he urged the room full of Gen-Y’ers — most of whom not yet born while he held the anchor’s chair — to contact their representatives. This was a scholarly conference, he said, so he wouldn’t tell them what they should say. “But, if you’ve heard my earlier remarks, you might be able to guess what I think you should tell them,” he chuckled. How much less would Bush and Cheney have been able to get away with if we’d still had Cronkite — or anyone like him — as our center of gravity.

Peter Feld is a writer and content strategist, a former Democratic political consultant and ex-market research director at Conde Nast Publications. He taught political polling and strategy in NYU’s graduate Political Campaign Management program, and holds a Ph.D. in clinical psychology from UC Berkeley. He has written for Ad Age, the New York Post, Gawker, Radar, Portfolio.com and Cookie. His website is at http://peterfeld.tumblr.com.