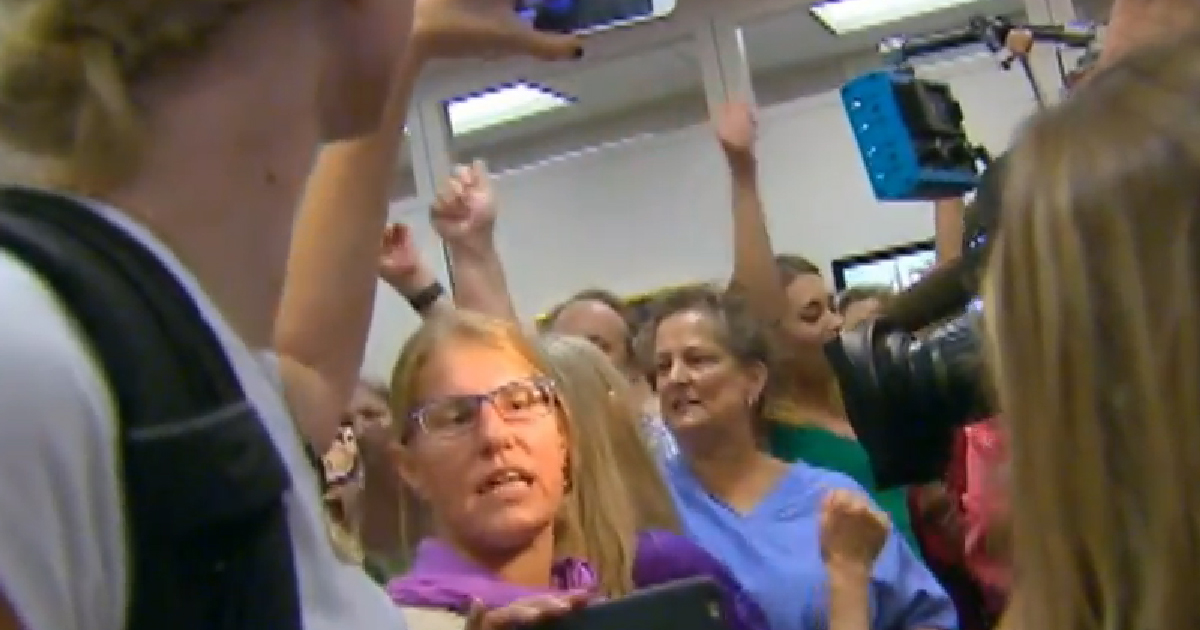 In part three of Judge Brett Kavanaugh‘s hearing before the Senate Judiciary Committee, drama has again been the order of the day. Not just in the hearing, but in the office of Committee Chair Sen. Chuck Grassley (R-IA), where protesters gathered this morning, carrying signs, “mic checking”, and chanting.

Protesters in Grassley’s office now chanting “Chuck Grassley come out, we’ve got somethings to talk about” as they protest Brett Kavanaugh. pic.twitter.com/GbMjB1rrS9

Fox News reported there were about two dozen people in the crowd, which was “made up mostly of various women’s rights groups.”

“Make no mistake that these are fascists,” said the protester in the clip above.

Despite their early shouting of “Chuck Grassley, come out, we’ve got some things to talk about,” Grassley’s communications director Michael Zona told Fox News their office offered to speak with the protesters and were declined.

Grassley himself may have departed for the hearing before the protesters even arrived.

FWIW I saw Grassley about 20 minutes ago near the hearing chamber, so I don’t believe he is in his office right now.