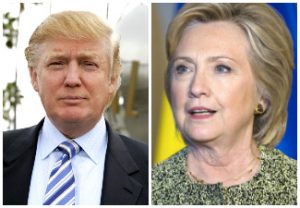 The New York-D.C. media punditariat has joined in unison declaring Hillary Clinton the clear winner of the first presidential debate, but it’s clear they’re still judging based on heavyweight political fight of years past.

The cable and print know-it-alls are still keeping score based off of yesteryear’s criteria;  a scoreboard that would’ve looked at Donald Trump‘s woefully unprepared and at times nonsensical performance as a defeat by knockout.

But we’re living in an outsider, I’m-populist-as-hell-and-I’m-not-gonna-take-it anymore moment; and for 90 minutes, Donald Trump delivered angry, frustrated, hopeless, and cynical Rust Belt voters—who will decide this election—exactly what they wanted to hear.

Right out of the gate, his attacks on Clinton’s support for NAFTA—which served as an outsourcing sledge hammer on the industrial Midwest—and her flip-flopping on the Trans-Pacific Partnership (TPP), spoke directly to those blue-collar, struggling workers in Pennsylvania, Ohio, Michigan, Wisconsin, and Iowa.

Having met many of them in my campaign reporting over the last year, these aren’t folks judging a debate by who delivered the best zingers—or got the most testy.

Quite the contrary, these men and women are looking to connect with someone speaking their language—one that’s not scripted and acknowledges American workers have been strung out to dry for decades by ignorant elites in D.C.

On that score, Trump did just enough to resonate with the exact voters he needs to reach.

Of course, there were some Donald doozies: regressing back into birtherism (when will one journalist ask Trump WHY he felt the suspicion to question the first black president’s citizenship); serving up a terrible answer on a 1970s lawsuit against him for housing discrimination; and having no palatable answer for his demeaning treatment toward women, including calling former Miss Universe Alicia Machado “Miss Piggy.”

But if we’ve learned anything, this is not your average election year. Where establishment Republicans foaming at the mouth like Trump would’ve been disqualified ages ago, Trump continues to live in his teflon bubble.

Helping him was Clinton’s performance; which pundits living in the past saw as presidential and overwhelming, but the blue-collar worker walked away from having learned nothing new about what her big idea is to bring them their jobs back—or at least create real and sustainable new ones.

Clinton also was fortunate to dodge some serious bombs of her own: zero questions were asked about the revolving door between the Clinton Foundation and her State Department; her Mitt Romney level flip-flopping on a slew of issues, her hawkish advise to President Obama for further intervention in Syria, Libya, Afghanistan, and Iraq while Secretary of State, and more.

She’ll probably not be so fortunate in the second debate, which will be held on October 9th.

But for voters in the Rust Belt, and beyond, one thing was crystal clear last night:

This historical race to the bottom between the two most disliked and distrusted politicians in electoral history delivered a debate that stuck to the lack of substance, authenticity, and true concern for the disappearing middle class voters across America. They have become all too familiar with a contest between a signature member of the D.C. ruling class and a reality TV star plutocrat.

We’re all losers on that score.

Jordan Chariton is a Politics Reporter for The Young Turks, covering the presidential campaign trail, where he’s interviewing voters on both sides along with candidates. Follow him @JordanChariton and watch videos at YouTube.com/tytpolitics.