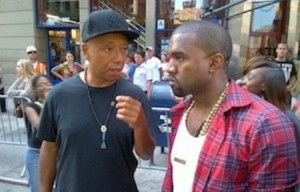 After weeks of rallies and protests springing up all over the country the Occupy Wall Street movement has certainly shown it has traction. The crowds, the visuals, the inherent drama — all have garnered its share of attention. The media has been rapt but that brings with it another unintentional collateral effect. The presence of cameras also draws an unavoidable scourge: celebrities.

Just on the surface you are faced with a quixotic visual. How can you earnestly give an impassioned and vociferous entreaty against the privileged 1% with a glamour figure at the podium? Common sense alone drives you to an immediate impression that these are figures firmly ensconced in that rarefied stratum that is the very focus of so much of the tension. Given the low threshold it takes to achieve 1% status it becomes stark to see bona fide members of that club becoming critical of those situated beneath their rung on the economic ladder. Now some may argue that having these vaunted figures coming out in support of the movement actually lends heft to the message. They effectively are stepping down from their perch and standing with the talent-free rabble to hurl criticism at the ivory towers, and this makes the import of the message more evident. Those remaining elevated need to look into their own gilded mirrors and consider their actions, much like these famous brethren have done.

But honestly the takeaway from most of these appearances is not that of enlightenment. More often these famous arrivals call into question their own motivations and the mixed messages only muddy conceptual waters that were already less clear than vodka. The biggest challenge/problem involving these elites is that often their words do not link up with their own lives. While they often deliver cant that suggests support of the 99% their personal actions show a stark contrast. Here is a rundown of some of the famous and noteworthy figures who have attached themselves in some way to OWS — and how they may not exactly be helpful to the cause.

MICHAEL MOORE
Message: Moore may be the one figure OWS should chase off first. The man clearly knows how to work a protest in his favor, all while posing as a little guy. He has railed against the corporate greed, the power bases, and Washington. He has talked about the need to forcibly confiscate wealth and fix a broken system, pointing accusatory fingers upward at the privileged minority.

Mitigation: Problems began when Moore tried denying he was a member of the 1%, soon becoming forced to admit that obviousness. While he paints his persona as a blue collar schlub in faded jeans and defeated ball cap he is in fact an elite himself, sporting not only a million dollar Manhattan address (where his kids go to private school) but he has a second residence in Michigan. This is not a tract home in the blue-collar Flint area; it is a rather comfortable beach home on the lake.

After his admission Mike tried spinning things that he worked hard for his wealth, becoming rich through hard effort and by spurning the capitalist titans. The problem is it has recently been revealed that Moore actually relied upon those same demonized entities in order to become wealthy. See, Mike does not finance his own films; they are initially funded by studios, and it was revealed that in backing some of his titles the Weinstein Company used financing via none other than Goldman Sachs, a detail of which the savvy film maker surely was aware. Effectively he is deriding a system that he employed for his own financial benefit. Also hurting Mike’s cause; his lectures on greed are hard to swallow considering he is currently suing the Weinsteins. He alleges that, after pocketing tens of millions from one of his titles, they still owe him millions more for that film.

RUSSELL SIMMONS
Message: The entertainment mogul has been a constant presence at OWS rallies and the cameras latch on to each of his appearances. Simmons repeatedly touts the seriousness of the OWS message and claims allegiance with the protestors. He said, “I understand the frustration; I over-stand it!”

Mitigation: Sure, it would be easy to slam the hypocrisy of the owner of golden toilets. Yes, I could point out he wrote the book “Super Rich: A Guide to Having it All”. But the biggest problem with Russell standing in a throng angry at our banking system is that he is the force behind the controversial credit line The Rush Card, a high-fee credit card that many have criticized for being more predatory than the failed Kardashian Card attempt. It is one thing for him to insist he wants to pay higher taxes, but to shout at evil banking practices while engaging in the same is beyond obtuse.

MARK RUFFALO
Message: The actor has been among the most impassioned Occupy supporters, giving numerous interviews and even writing op-ed pieces. He has spoken at length about the needs to fix our economic structure while assimilating with the protestors.

Mitigation: While his words are certainly noble they suffer from the fact that he has risen in fame as a result of the system he derides, and like Moore his message becomes diluted because he benefits from those same forces. Case in point – he has come out against the “elite few” and the corporate structure, while he is set to star as The Hulk in the upcoming “Avengers” movie. That is a property created by a corporation (Marvel) which itself is owned by a corporation (Disney), and will be released by a corporation (Paramount Pictures).

ALEC BALDWIN
Message: The actor visited Zoccotti Park and met with protest organizers. This was a novel visit for the man who is not-a-Republican-but-he-plays-one-on-TV. He went there to figuratively clean up the park while showing support for the movement.

Mitigation: While there Baldwin got into debates over The Fed with participants, but then oddly came out in support of capitalism and defended the banking system, causing more than a few heads to be scratched. This was probably due to the fact that while these protests are under way at the same time Baldwin is all over prime-time television in commercials touting Capital One.

ROSEANNE BARR
Message: The comedienne/actress spoke at one of the early rallies, turning heads and generating some applause when she made the controversial call to behead the wealthy.

Mitigation: Roseanne’s call for violence was not based on an arbitrary plateau of wealth. She stated it should be anyone worth more than $100 million who has their neck severed. This is a level of convenience for the celebrity. As it turns out she happens to be worth $80 million herself, so not only is she expediently excused from execution but following her purge she will find herself situated near the top of the elites as a result.

KANYE WEST
Message: Appearing in New York with Russell Simmons, the rapper was surprisingly taciturn during his visit, lending support by name while Russell did much of the talking.

Mitigation: Maybe dressing like the very privileged set about which people are angry was not the way to go. West sported a lengthy gold chain, a $400 shirt, a $900 pair of jeans, a bracelet valued over $5,000, and a $25,000 Rolex. His entire outfit may have itself qualified as a 1% occupant.

PENN BADGLEY
Message: The television actor has gone to New York and marched with the protestors, replete with his own picket sign.

Mitigation: Surely the least offensive of this lot. It does seem a bit of a disconnect however that he stars in “Gossip Girl”, a drama focused on the lives of the privileged youths from the Upper East Side, the very types targeted by the protestors.

YOKO ONO
Message: The widow of John Lennon has been a vocal supporter of the movement, making the claim that, “John is sending his smile to Occupy Wall Street.”

Mitigation: Her words, while welcome to some, are likely to be regarded as little more than token backing. After all, it is a little tough to absorb the message of struggle and empowerment of the masses from the woman with an estimated net worth of $500 million.