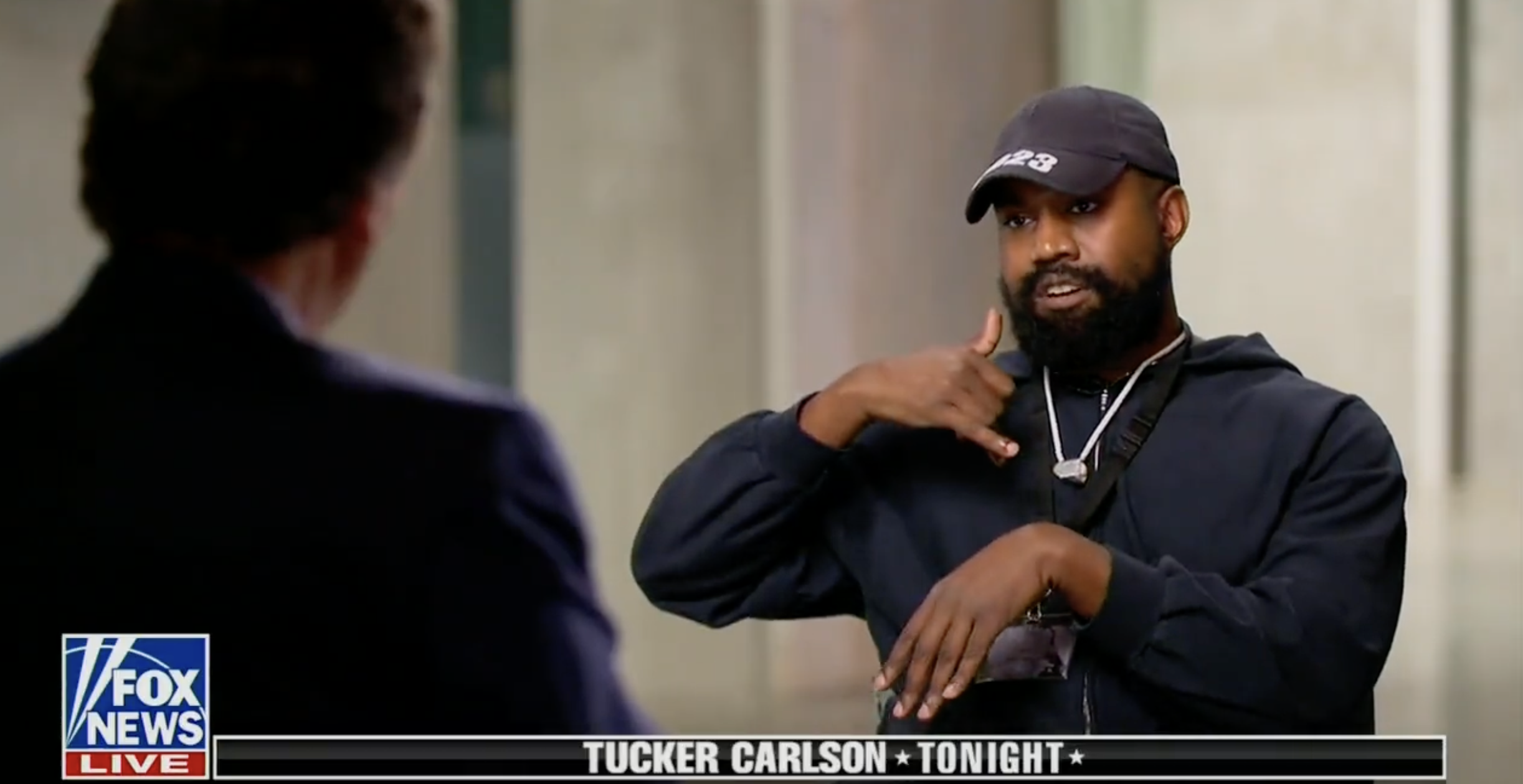 Tucker Carlson’s sit down with rapper Kanye West landed at number one in all of cable news.

Tucker Carlson Tonight blew past The Five, which regularly lands the top spot in total viewers.

Carlson also won the night in the key 25-54 age demographic.

Here is a full breakdown of Thursday’s cable news ratings by show:

As for the three cable news networks overall, here are the total day averages in total viewers and the 25-54 demo.

Here are the prime time averages — encompassing shows which air from 8-11 p.m. — in total viewers and the 25-54 demo.