Conservatives Condemn 'Send Her Back' Chant

Conservative Pundits and Politicians Condemn Trump For ‘Send Her Back’ Chant: ‘This Ugliness Must End’ 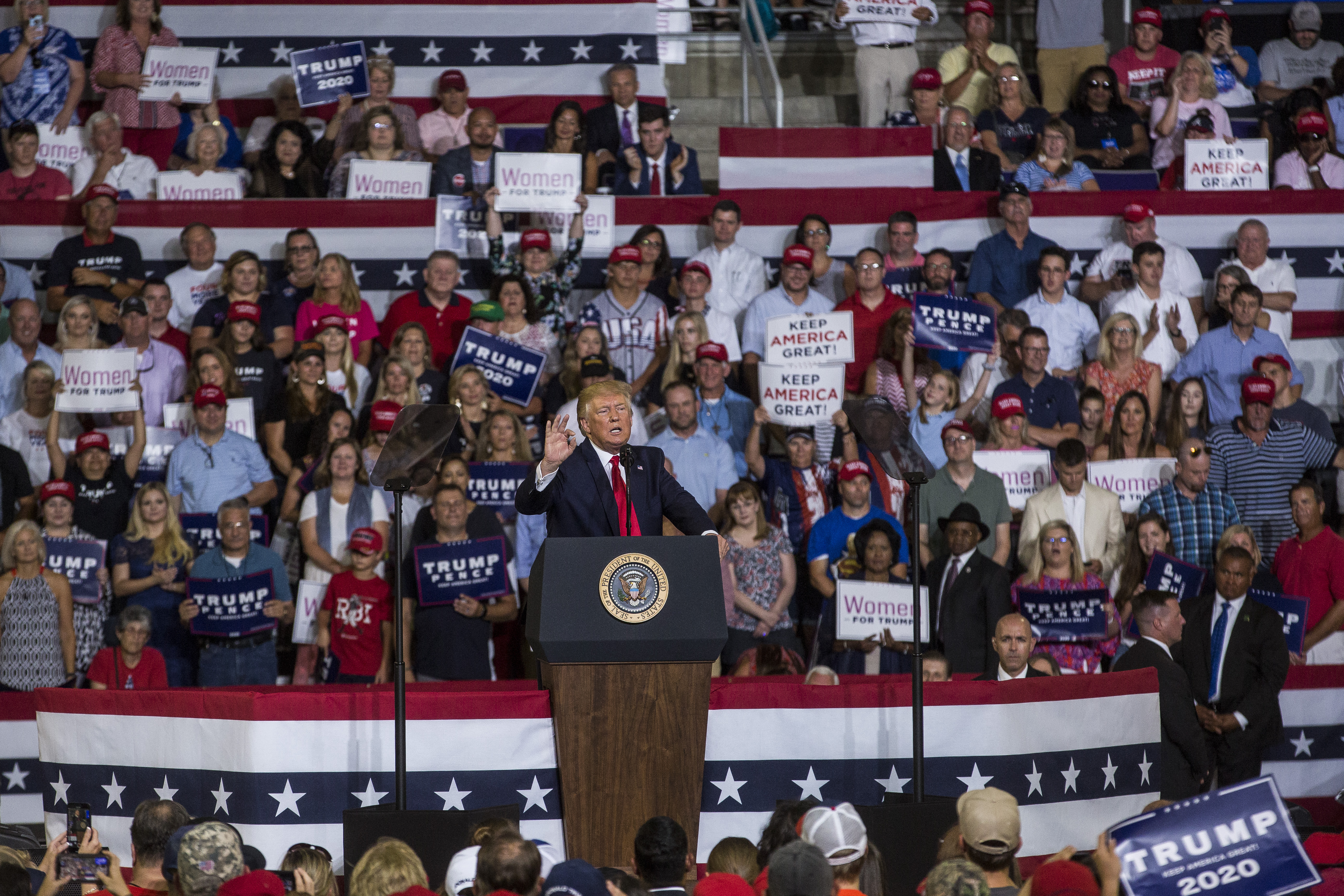 GOP representatives and conservative pundits alike have spoken out against the chilling “send her back” chant that broke out at President Donald Trump’s rally Wednesday night in North Carolina.

As POTUS tore into Rep. Ilhan Omar, the crowd erupted into a chant, “Send her back!” The president paused for a moment to let it build momentum. Rep. Adam Kinzinger said he was “disgusted” by the chants, which would “send chills down the spines of our Founding Fathers.”

I deeply disagree with the extreme left & have been disgusted by their tone. I woke up today equally disgusted – chants like “send her back” are ugly, wrong, & would send chills down the spines of our Founding Fathers. This ugliness must end, or we risk our great union.

House GOP Vice Chair Rep. Mark Walker said that the chant was “painful to our friends in the minority communities.”

Though it was brief, I struggled with the “send her back” chant tonight referencing Rep. Omar. Her history, words & actions reveal her great disdain for both America & Israel. That should be our focus and not phrasing that’s painful to our friends in the minority communities.

A chant like “Send her back!” is ugly and dangerous, and it is the inevitable consequence of President Trump’s demagoguery. This is how history’s worst episodes begin. We must not allow this man to take us to such a place.

Even conservative pundit Ben Shapiro, no friend of Omar, called the chant disgusting.

Vile. Omar is awful. She is a radical anti-Semite with terrible views. She is also an American citizen and chanting for her deportation based on her exercise of the First Amendment is disgusting. https://t.co/Y4nzHPzba4

“Send her back” is an appalling chant. Omar is a US citizen.

My less-catchy chant would be: “Condemn her bigotry, combat her radicalism, and investigate her seriously alleged fraud!”

Joe Walsh, former congressman and radio host at Newsmax, had a lot to say about the chant.

It saddens me beyond belief that the standard-bearer for the Republican Party, my Party, is making “Send her back” his re-election rallying cry.

It’s so ugly. It’s so un-American. It just saddens me beyond belief. https://t.co/eM7WT5HZVq

One more thing Republicans: If you make “ SEND HER BACK” your new campaign chant, you will lose in 2020.

And you will deserve to lose.

Piers Morgan, who sometimes cozies up to President Trump, called the chant “the most sickening moment of his presidency.”

Vile.
Repellent.
Shameful.
Shocking.
Disturbing.
RACIST.
My verdict on President Trump’s ‘SEND HER BACK!’ rally last night – the most sickening moment of his presidency. https://t.co/IipNjRsI5z pic.twitter.com/cnbfv4Gxoo