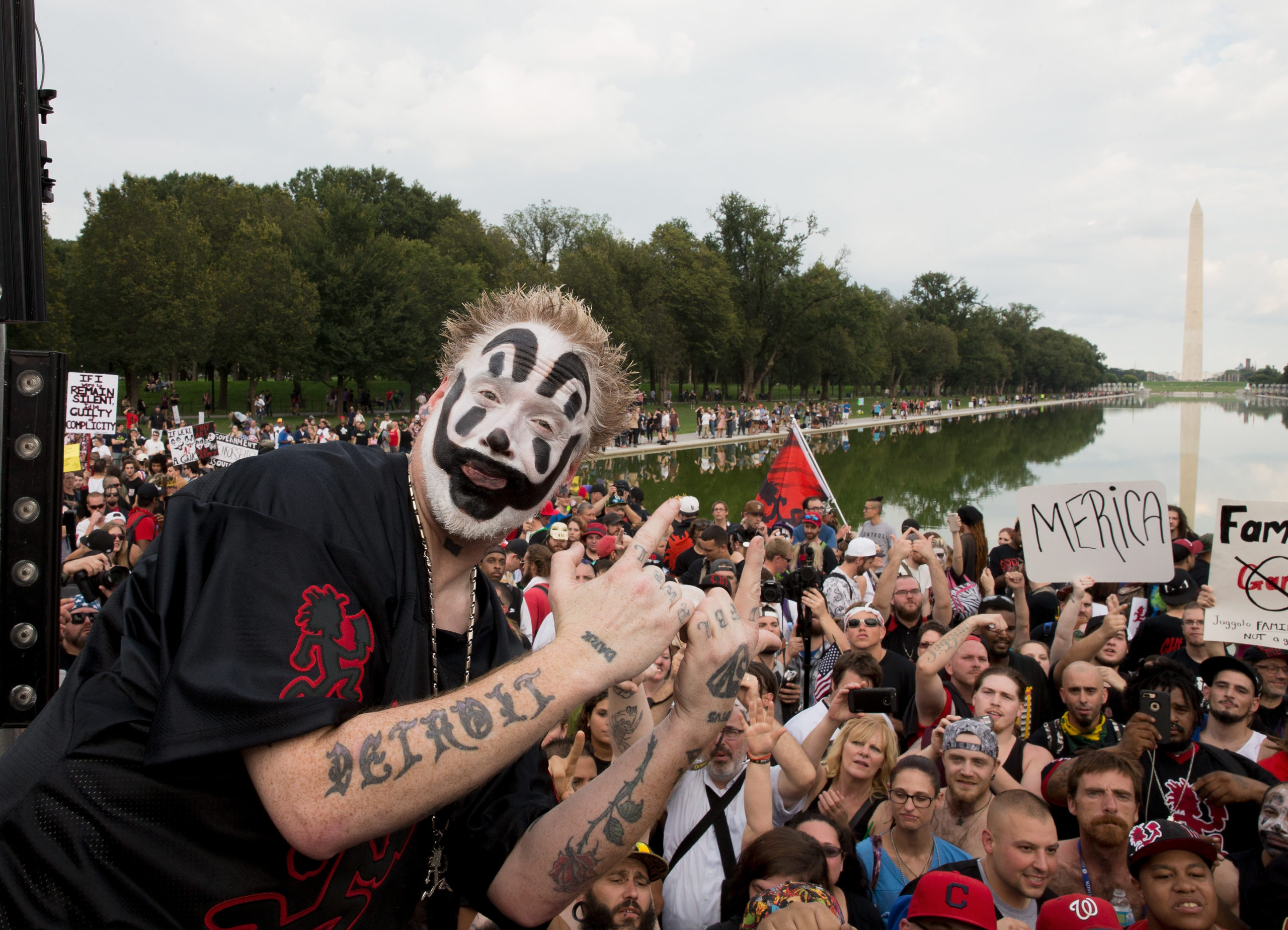 The Insane Clown Posse and Psychopathic Records announced the postponement of the annual Gathering of the Juggalos due to concerns over the coronavirus.

“For 20 consecutive years, the Gathering of the Juggalos has been the biggest family reunion on the planet, generating untold levels of freshness for thousands and thousands of attending Juggalos from all walks of life, all around the world,” declared the announcement posted Wednesday evening by Insane Clown Posse. “With the global pandemic that is now affecting us all, we are dedicated first and foremost to the safety and health of our family. That said, at this juncture, it is with a heavy heart we announce that due to the COVID-19 outbreak, we have no choice but to postpone the Gathering until next year.”

“This is not only a call we had to make but one that the owners of the Nelson Ledges Quarry Park (where the gathering was to take place) regrettable had to make as well,” the band noted, adding, “With tens of thousands of deaths due to the COVID-19 outbreak, we can’t possibly in good conscience even consider trying to put on a Gathering during these difficult times.”

“Aside from the serious health concerns, there are numerous other factors that have destroyed any possibility of the Gathering taking place this year. The entire music industry is at a dead halt due to the quarantine, and this, along with the uncertainty of how things will eventually pan out, has made it impossible to move forward with a 2020 GOTJ,” the Posse explained. “That aside, the bottom line is simply we REFUSE to risk even ONE Juggalo life by hosting a Gathering during these troubling times.”

The band concluded by telling fans to “heed the words” of Fred Fury and Flip the Rat — “BE SAFE: Watch your step and take it easy. You can’t replace what you mean to our team. Without you, tell me where the fuck we’d be?” — and promised to return in 2021 “stronger, bigger, and better than ever!”

“Whoop whoop!” the announcement signed off.

Many commentators reacted to the announcement by claiming the Insane Clown Posse had become more sensible than some politicians in the country, who have been calling for the immediate reopening of the economy.

“The bottom line is simply that we refuse to risk even one juggalo life” is a more clear-eyed health policy than any government agency’s. https://t.co/B0c1dclVjU

When ICP and the Juggalos are more responsible than the freaking White House, we are on the strangest timeline. https://t.co/MnlpR7cnuO