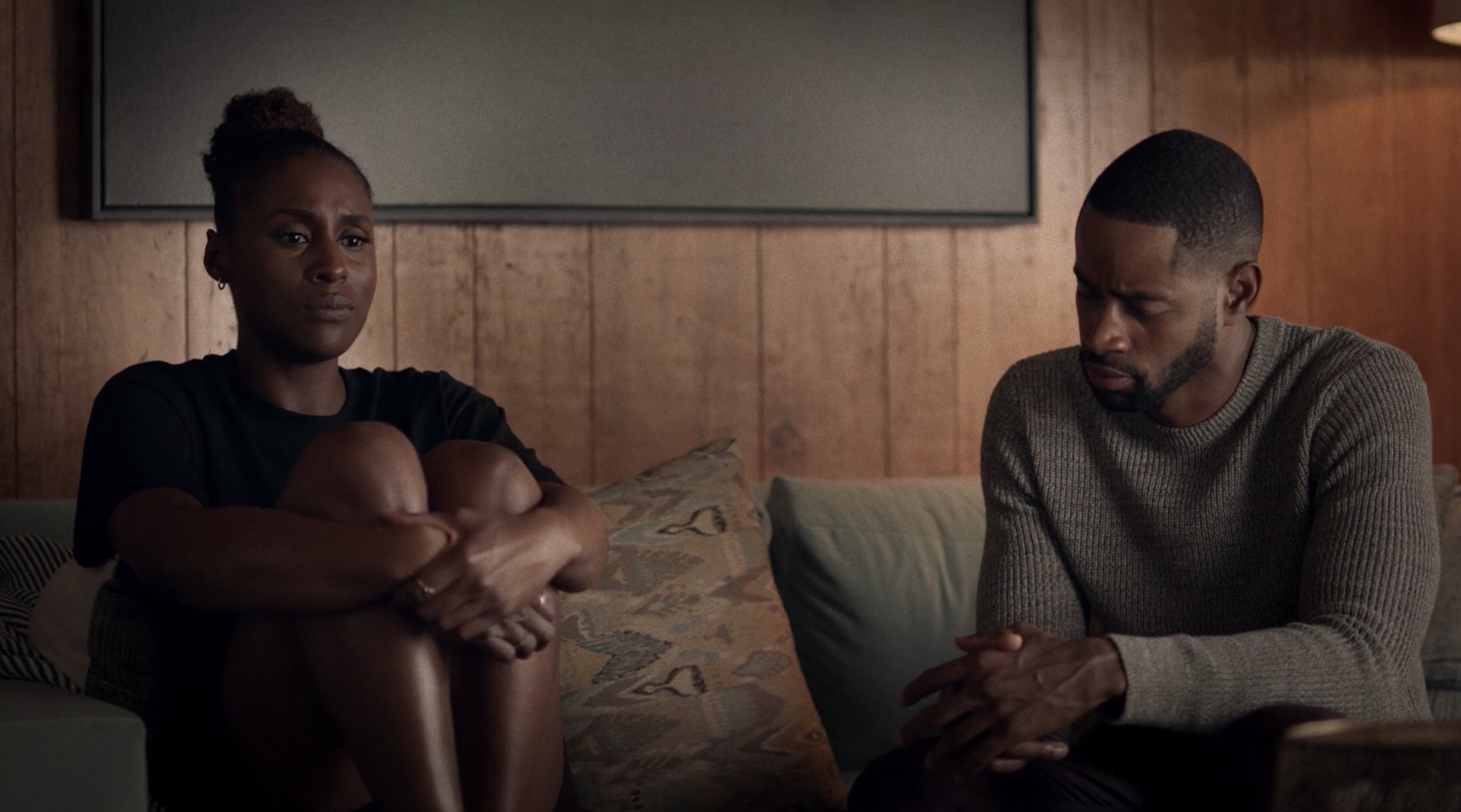 The Insecure finale brought Season 4 to a close by reuniting two fan-favorite duos, only to drop a massive bombshell on Issa and Lawrence: an unwanted surprise pregnancy.

Although the finale ended with a long-awaited reunion between Issa and Molly, where the best friends finally patched up their rocky relationship, their friendship didn’t thrive again until two others hit major bumps.

Andrew and Molly broke things off once they realized how out of sync they had become, while Issa and Lawrence finally got back to a good place, despite Lawrence’s potential move to San Francisco.

But the couple’s rekindling did not come without surprises — Lawrence later revealed that his ex Condola was pregnant with his child, and she’s keeping the baby.

Even though Lawrence technically did nothing wrong, as he wasn’t with Issa when he impregnated Condola, the bombshell still put the relationship back on the rocks, especially considering Issa’s ex Nathan revealed he was upset he let her go.

“This taints him in a very real way,” Insecure creator and star Issa Rae said of Lawrence during the episode’s Wine Down, explaining that the couple has now lost an important milestone. “He’s sharing that moment with someone he’s not with.”

Although the shockers left many fans up in arms, Molly and Issa’s relationship issues are what ultimately brought the two back together, and they’ve always been the show’s most important duo.

Insecure showrunner Prentice Penny took to Twitter to explain that Issa and Molly needed these obstacles to appreciate each other again, and to realize they needed each other’s support:

We wanted Issa and Molly to learn these friendships don’t grow on trees and don’t take it for granted. We wanted them to be humbled and be appreciative. #InsecureHBO