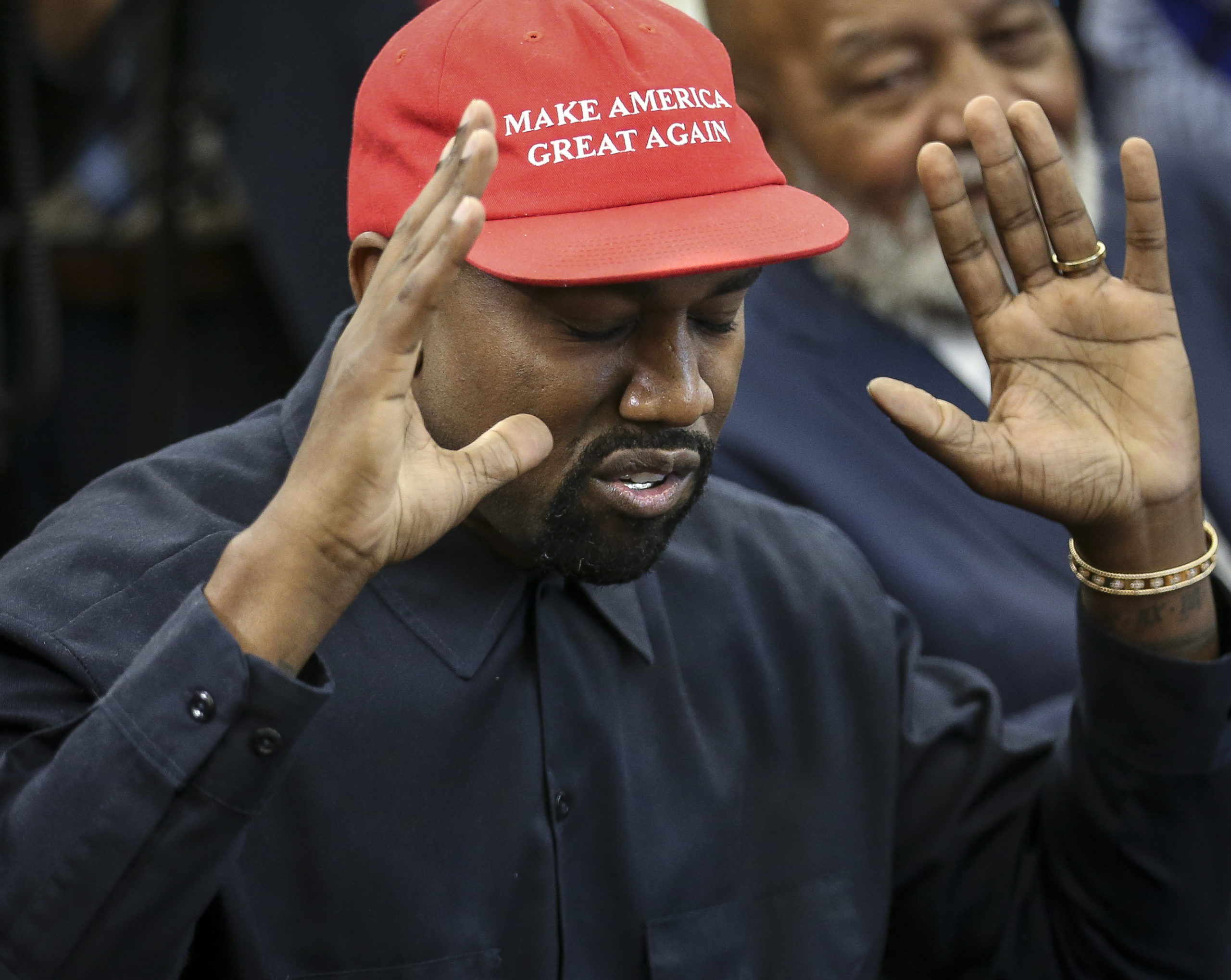 Kanye West doubled down on his support of President Donald Trump in a series of interviews with GQ’s Will Welch published Wednesday morning — stating, “I buy real estate. It’s better now than when Obama was in office.”

I’m definitely voting this time. And we know who I’m voting on. And I’m not going to be told by the people around me and the people that have their agenda that my career is going to be over. Because guess what: I’m still here! Jesus Is King was No. 1! I was told my career would end if I wasn’t with her. What kind of campaign is that, anyway? That’s like if Obama’s campaign was “I’m with black.” What’s the point of being a celebrity if you can’t have an opinion? Everybody make their own opinion! You know?

West has faced backlash for his support of Trump even before his time in office, but the 42-year-old Grammy winner didn’t actually vote for the President in the 2016 election. But during a concert in November 2016, West told the crowd he would’ve voted for Trump.

His support of Trump made more national headlines when West hosted Saturday Night Live in September 2018 and went on a rant to end the show that ultimately never aired.

West visited the White House the following month decked in a red “Make America Great Again” hat for a lunch to talk about the crime rate of Chicago, his hometown, with Trump. Instead, he created a scene where he banged on the Oval Office desk, swore a lot, and told Trump he loved him.

“Trump is on his hero’s journey right now,” West said. “He might not have thought he’d have a crazy mother-fucker like [me].”

Nowadays, West spends the bulk of his time in Wyoming where he’s bought thousands of acres of land, a big reason why he supports Trump, he said.

West has also hinted as early as 2015 that he wants to run for president, but he hasn’t followed through.