LIST: What Foods Are Being Inspected During the Government Shutdown? A Rundown 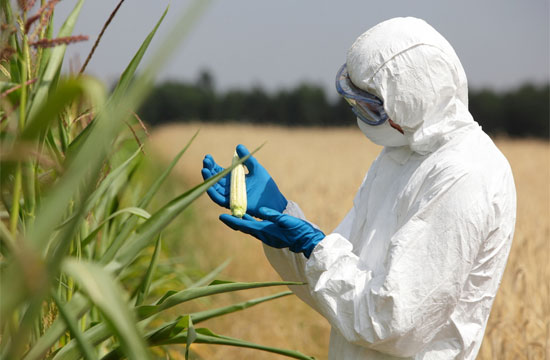 It is day 7 of the Government Shutdown Terror-Dome, and the media is frantically filling everyone’s skulls with headlines about how food is not being inspected. “The FDA Isn’t Inspecting Food During The Government Shutdown,” screams Gizmodo. “Could the Government Shutdown Lead To More Foodborne Illnesses?” worries MedicalDaily. Quartz wrote a terrifying article about it, too, until the Food and Drug Administration corrected them, saying that yes, there’s a skeleton crew at work inspecting America’s food.

A recent salmonella outbreak that’s sickened “an estimated 278 illnesses … reported in 18 states,” however, has revealed how screwed the country is, and how interdependent these government agencies are with each other: a while back, we reported that while the Center for Disease Control can still inspect food, they cannot research any illnesses occurring in multiple states, nor can they pinpoint the source of the outbreak (thought to be from chicken produced by Foster Farms.)

In short, the process of food inspection is super complicated, and is a bit more complex than “Oh, the USDA is inspecting grain, so we’re A-OK,” or “The FDA can look at our imports, so don’t try to send us tainted shrimp, Thailand” or what have you. Could the process be simplified, perhaps consolidated into a single government agency that would take care of everything? Maybe. But right now let’s get informed on which food is least likely to kill you thanks to the government shutdown.

I like meat, chicken, and eggs. I don’t care where my meat comes from as long as it gets in MAH BELLEH. Um. Are you sure about that? Yes, the USDA’s Food Safety and Inspection Service (FSIS) will continue inspecting these products (albeit with a skeleton crew). But the terrible thing about giant centralized farms is that their products cross state borders and thus fall under federal jurisdiction via the Commerce Clause. (Look up the SCOTUS case Schechter Chicken Corp v. United States; it pretty much outlines the distinction between inter- and intra-state commerce by using sick chickens.) The second terrible thing is that a huge majority of poultry, meat and eggs are shipped from centralized slaughterhouses — for instance, about 80% of beef in America, according to Fast Food Nation author Eric Schlosser, comes from four major firms. And this is why the CDC can’t trace outbreaks, and why we’re now freaking out over salmonella. Capiche?

Okay. I like meat, chicken, and eggs. I’m also a locavore. This might be the one time where your pretentious desire to eat locally has saved you: not only has the USDA ensured that these products will get inspected, but in the event of an outbreak, state public health inspectors will be able to pinpoint its source.

Oh, that’s great! So if I live in New York, can’t I just get my meat from a artisan beef rancher in, like, Iowa? Nope. While the 1967 Federal Meat Inspection Act(FMIA) and the 1968 Poultry Products Inspection Act (PPIA) requires that state inspection programs be on par with federal programs, state inspectors can only inspect food that will be sold in their state and nowhere else.

This sucks. Alright, I have now decided that I will not eat land animals with legs. Ah, you’re now a pescatarian. That could be a very smart move, because the National Oceanic and Atmospheric Administration (NOAA), which oversees US fisheries, will continue to inspect American-sourced shellfish and seafood, since it’s not funded through Congress.

Wait. “Could be a smart move?” You want to know how much of our nation’s seafood comes from overseas sources?

NINETY-ONE PERCENT?! Yeah, doesn’t that fuck with your head a bit? And the people in charge of inspecting those imports are the Food and Drug Administration.

Which got cut down. Argh. So how many people are currently working as FDA inspectors? At the moment, there are 578 people on a skeleton crew inspecting our nation’s food imports (not just seafood). In 2011, there were 1,800 inspectors, which, according to the Washington Post, is still far short of the number needed to thoroughly inspect all of America’s food imports. Imagine having 200 people inspecting hundreds of tons of fish per day.

Really? Even the pears that I get from Chile? Even those, too. The Perishable Agricultural Commodities Act Program is also supported by user fees, meaning that fresh and processed fruits and vegetables will continue to be inspected, even ones shipped in from overseas. In addition, US-grown grain and agricultural imports will be inspected, and food quarantines will not be disrupted. Take that, foreign boll weevil infestations.

So I should become a vegetarian? Okay, there are a few things that won’t get funded, according to JdSupra.com: “marketing agreements and orders, the Microbiological Data Program,  the National Organic Standards Program, country-of-origin labeling, and the Pesticide Data Program.”

Eh, that’s not a big deal. I can risk it, right? Not so fast. Remember how the CDC can’t work with the USDA to trace and contain that salmonella outbreak from before? It’s kind of like that now. Imagine a world where people are getting sick from chemicals sprayed on, say, corn. Why don’t we look at the Pesticide Data Program to see what chemicals are being used and where? Oh, oops, we can’t; it doesn’t exist. Or what if we’re getting sick from hamburger meat that’s been shipped in from overseas? What if there is horse in that hamburger? WHAT IF THAT SHARK MEAT CAME FROM A TORNADO? How will we know where the meat is coming from? We won’t know if it’s coming from China or Albania, because the box won’t have country-of-origin labeling.

Oh my gosh, this government shutdown biz is a clusterfuck. I can’t take it. I CAN’T TAKE IT. Shhhhh. Eat that eggplant steak that you got from the farmer’s market. It’s the only thing that’s not gonna kill you. Maybe.

RELATED
LIST: Here’s What Happens to Your Food When the Government Shuts Down
Congressmen Caught Boozing, Should Name the Newest #FakeDCBars ‘Looming Shutdown’
Bryan Voltaggio Refuses to Give Free Pizza to Congressmen Until They ‘Get [Their] S*** Together’