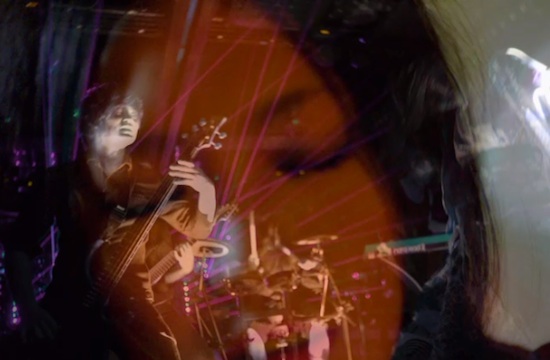 “Picture an army of Miley Cyruses — or would that be Miley Cyri?” WTF, Anthony Bourdain?

The food to Tokyo must not have been as exciting as Bourdain would have hoped for, as the clips only really talk about nightlife and the Tokyo music scene. All fine and good, but where’s the food, Bourdain? Sure, he’ll talk about sushi for a bit, blah blah blah. But then Bourdain gets weird and starts going on about the pop music in Tokyo — and it gets even weirder on his Tumblr. (He does warn the show will be “for mature audiences only.”

What might this mean? Is Japan simpler crazier and kinkier than we are? Does this detail oriented Sodom and Gomorrah relate somehow to their incredible and varied perfectionist cuisine? And is anyone, in the middle off all this madness, actually getting laid?

Erm, look — we appreciate that you’re so deeply interested in experiencing all parts of city and culture you immerse yourself in, Bourdain. You’re a faux anthropologist. You’re the Indiana Jones of food. But please, for our own sanity and perhaps your own, let’s stick to the food. Sushi — remember sushi? Ok, let’s talk about sushi.