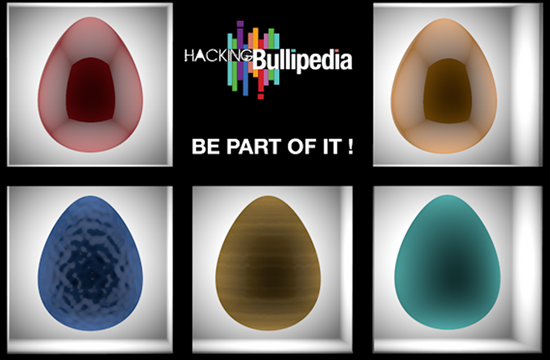 Months ago, Spanish cooking god Ferran Adria announced Hacking Bullipedia, an international competition calling for technology and design teams to contribute to his online encyclopedia. Last Wednesday, he revealed the winners of the contest — and some of the projects are super, super cool!

For instance, here’s Huevo, a project that aims to translate the elements of cooking into programming. However could this be accomplished? Wired UK explains:

One of the winning teams, consisting of Francisco Gonzalez-Blanch and Pilar Fernandez from Spain, proposed that Bullipedia be understood as a code repository, and that cooking be reimagined as a programming language, which they call “Huevo”. New programs or algorithms (recipes) will be created from data (food products), to which are applied functions (techniques), and these will be stored in the Bullipedia and can be executed as a set of commands in the kitchen.

The theme of “cooking as programming” seems to click with Adria, as the other projects reveal:

The second project, GENESIS, is a computing system designed by the Knowledge and Machine Learning Group from the Universitat Politècnica de Catalunya and will work as an intelligent navigation tool for Bullipedia. By identifying basic components of cooking — ingredients, elaborations and transformers — the system “extracts the DNA” of recipes and allows teams of cooks to follow and retrace paths of creativity, as well as identify unexplored paths that might result in new, successful creations.

The winners, four in all, will get to spend three months at the former El Bulli campus, home of the new El Bulli Foundation, to develop their proposals and Turn Their Culinary Dreams Into Reality (sorry, Bravo).

RELATED:
WATCH: The New el Bulli Foundation And Bullipedia Will Look Like This
WATCH: Ferran Adria Shows Off El Bullipedia At Harvard
Ferran Adria Explains Why Bullipedia Needs To Exist