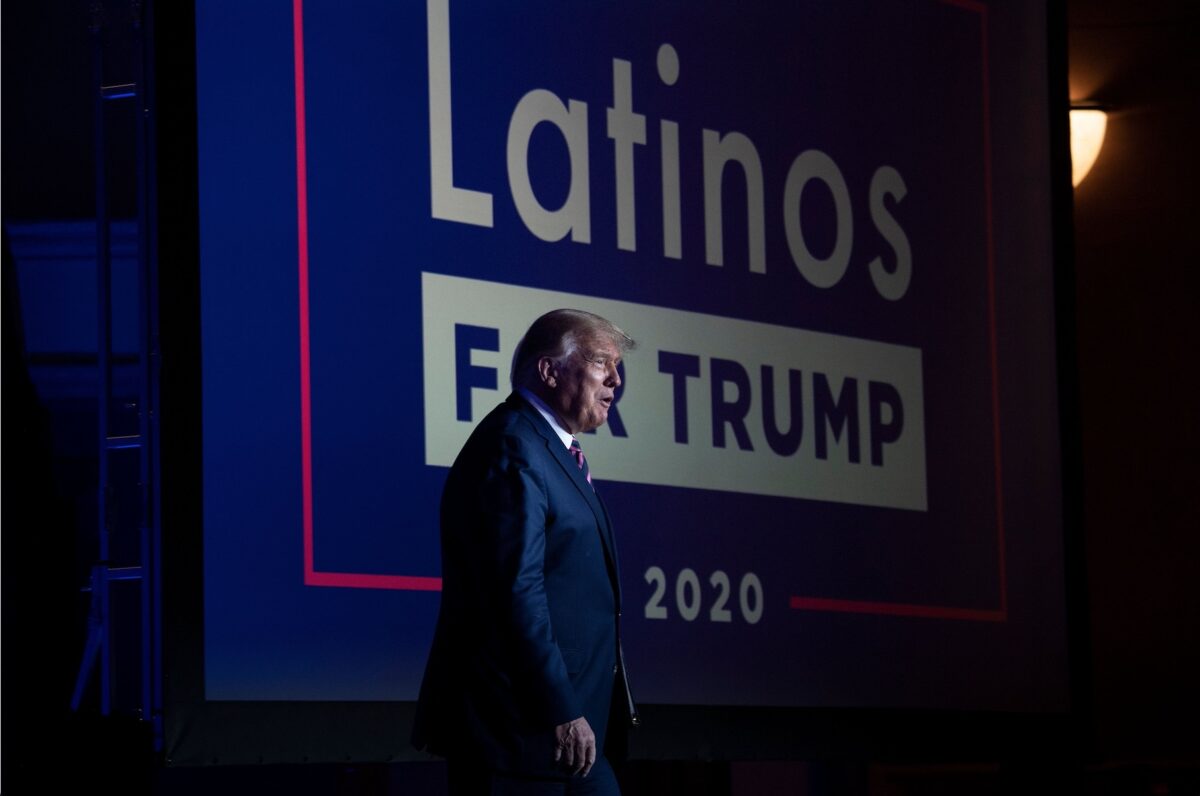 Congressional Democrats failed to perform well in the 2020 election partly because they experienced a “catastrophic erosion” in support from Hispanic voters, according to the Cook Political Report.

Cook’s Dave Wasserman noted that Republicans appear to have won 18 of 27 House races in Cook’s “toss-up” category, with another six “up in the air.” Two Hispanic Republican candidates in Miami knocked out incumbent Democrats, including one Cook had characterized as a “likely Democratic” win, Rep. Donna Shalala, who lost to Maria Elvira Salazar. The other candidate, Miami-Dade County Mayor Carlos Gimenez, defeated Democratic Rep. Debbie Mucarsel-Powell.

“Democrats suffered a catastrophic erosion in Hispanic support,” Wasserman wrote. “The races where Republicans most vastly outperformed everyone’s priors were heavily Hispanic districts that swung enormously to Trump. These include both GOP pickups in Miami (Carlos Gimenez in FL-26 and Maria Elvira Salazar in FL-27) as well as Republican Tony Gonzales’s hold of Rep. Will Hurd’s open TX-23. Amazingly, Republicans didn’t lose a single seat in Texas.”

The assessment tracks with New York Times estimates finding President Donald Trump’s share of the vote increased among every group in three swing states compared to 2016, with the exception of white voters and those aged 65+. The data — taken from votes counted in Florida, Georgia, and North Carolina as of Thursday morning — showed Trump’s support from majority Hispanic neighborhoods had grown by 11.5 percent, and by 13 percent in Cuban neighborhoods. His support similarly grew in Black neighborhoods by 2 percent.

Democrats increased their share of the vote among white voters in those states by half a percentage point, and among those 65 or older by 1.5 percent. 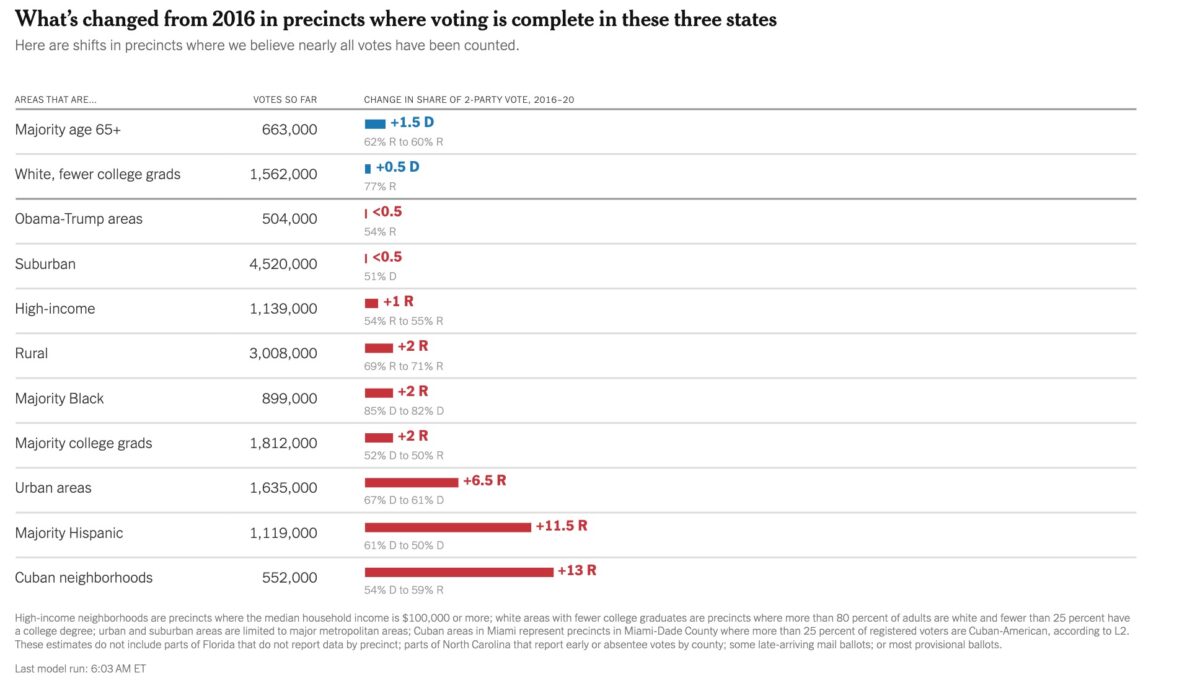 “Beyond two North Carolina seats that Democrats were guaranteed to pick up because of redrawn district lines, Democrats appear to have only picked up one other GOP seat, with Carolyn Bourdeaux in GA-07,” Wasserman noted. “There’s also a chance Democrat Hiral Tipirneni will defeat GOP Rep. David Schweikert in AZ-06, but there are plenty of Arizona votes left to count.”

Democrats held a 232-197 majority in the House headed into the election. Estimates suggest they will retain about 227 seats after the races are all decided, while Republicans will hold 208.