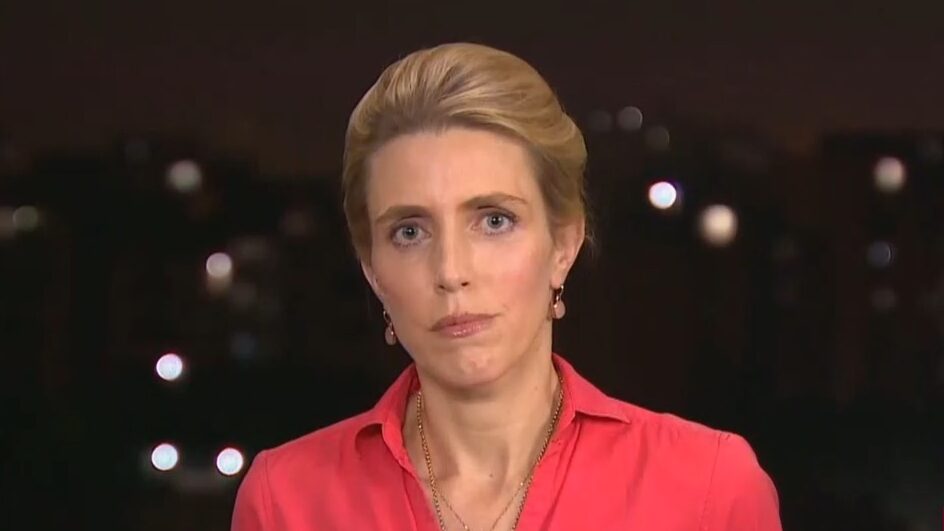 CNN’s Clarissa Ward has reported from some of the world’s most dangerous war zones. Now, as one of three CNN reporters filing stories from the front lines of the coronavirus crisis in India, Ward spoke with Mediaite about what she has seen on the ground.

Ward, who has been reporting from Uttar Pradesh, India’s most populous state, said that while the situation is different from weapons-heavy conflict zones, the scenes she saw in there and in Delhi are “every bit as frightening” as anything she’s witnessed.

“We’ve all seen the statistics about what’s happening in India, but it’s really only when you’re on the ground, and you see the heartache, and the suffering, and the privation, and the shortages of everything from oxygen to beds to drugs to doctors, that you realize this is truly a crisis of epic proportions,” Ward told Mediaite about the time she spent in Uttar Pradesh, which has a population of around 200 million (India’s total population is estimated at 1.4 billion).

“I can honestly say I’ve never seen scenes in a hospital like this,” Ward said. “It looks closer to what you would imagine in the aftermath of a natural disaster.”

Ward and her CNN team spent time in a Covid ward that normally has a capacity for 50 people, but was holding more than 110. They witnessed the death of one woman whose sons had been “desperately trying to resuscitate her.”

“I don’t think I will ever get the sound of their wails out of my mind,” Ward said. “It’s absolutely haunting and harrowing to see these levels of suffering. And it’s frankly also a little infuriating to see how mishandled the situation has been.”

According to Ward, many in India are frustrated with what they see as complacency on the part of the Indian government. Indian Prime Minister Narendra Modi, whose BJP party recently lost a state election in West Bengal under the cloud of his handling of the coronavirus, declared victory against the coronavirus in January, and the government didn’t sufficiently prepare for the second wave, which isn’t expected to peak for at least a few more weeks, Ward said.

Describing the Indian health care system as being “on the brink of collapse,” Ward said that although many believe that India has long failed to fund its health care sector, the fact that the country emerged from the first wave of Covid relatively unscathed may have created a false sense of security. Ward said that there wasn’t a sense of urgency to prepare for a future outbreak by increasing supplies such as ventilators, oxygen concentrators, and hospital beds – all of which are now in extremely short supply.

“There was a sense before that they could get away with it,” Ward told Mediaite. “Now, there is a sense that there wasn’t enough done to prepare for the huge task of managing the logistics of a really brutal second wave. But the problem with India’s health care system predates Covid – this is years of neglect, and only now is it coming under such intense stress that the center cannot hold.”

Complacency may have also extended to the country’s approach to the vaccine. Although India is one of the main producers for material that goes into the vaccines, only two percent of the population has been vaccinated, Ward said. The country’s leaders apparently thought they had defeated the disease, and exported tens of millions of doses to other countries.

“It is a very noble thing to do,” Ward said, “but that meant that they are now facing shortages. They can’t fully inoculate their own population.” And although Ward witnessed people lining up to get vaccines, and following social distancing and safety protocols while doing so, she said it’s unlikely the current vaccination efforts will be enough to stem the tide of the expected peak, which Ward described as “the real crisis that is anticipated in the next couple of weeks.”

Modi and the BJP party have held what Ward describes as “massive political rallies” in recent weeks, with “barely a mask in sight.” On April 17, Modi himself led a rally and told the crowd he was delighted with the turnout, despite the fact that there were 261,000 new cases of Covid reported in India that day, Ward said. The Indian government also allowed a major Hindu pilgrimage to take place, where millions of worshippers gathered together – despite knowing that the second wave of Covid had already taken hold. “These are the kinds of action and inaction that have a lot of people here in India upset about the government’s handling of it,” Ward added.

Ward also suspects that the official numbers of cases and deaths provided by the Indian government are “likely just a fraction of the reality.”

“Testing isn’t widely and easily and readily available,” Ward said. “And a lot of people right now don’t want to leave their houses to go out and wait in line to get tested.” Ward added that crematoriums in Delhi are reporting numbers of daily cremations at double the total reported deaths, and that death certificates of people who died from Covid list only a co-morbidity, such as old age or diabetes, as a cause of death.

“I’m not trying to imply that the government is deliberately trying to obfuscate the reality,” Ward said. “I’m saying that with the health care system in this state of freefall, it becomes incredibly difficult to garner accurate and up-to-date data.”

Ward said that despite safety protocols, such as lockdowns and curfews, the lack of supplies and resources has put Indian citizens in increasingly precarious and desperate situations. Left with no option but to try to help themselves, Ward said many people spend hours trying to get some oxygen to bring home to loved ones fighting Covid, creating conditions in which the disease may continue to spread.

“Masks are, of course, mandatory,” Ward said. “But the reality is, for so many people now, that if you need to go and get in the line for 10 hours to ensure that your mother has that little bit of oxygen to keep her alive, then it’s just not possible for you to adhere to all the rules of the lockdown. And these lines are chaotic. People are pushing up against each other to get to the front, to desperately try to get oxygen. There’s no social distancing going on. This crisis creates more of these types of situations where the virus can continue to spread.”

Ward said that the Indian government is trying to get oxygen to those who need it.

“They have announced this Operation Oxygen Express, where they’re deploying huge amounts of liquid oxygen using India’s railway system to the heart of this city,” Ward said. “Hopefully that will start to have an impact soon. But what we see right now on the ground, at least here in Delhi and then Uttar Pradesh, is that those efforts are not having a strong impact yet – the suffering continues, and the critical lack of resources continues.”

Ward explained that reporting during a worldwide pandemic carries its own set of risks and challenges.

“We keep our reporting teams completely [separate],” Ward said of the three CNN teams reporting from India. “CNN is really, really committed to this story, but we’re not allowed any interaction between our different [teams]. We stay in our small, distinct bubbles. One of the challenges of covering a story like this is that in addition to doing all the work that you would normally have to do, you also are constantly having to make sure that everything you’re doing is Covid-compliant, and that you’re protecting everyone in your team, and the people whose stories you’re trying to tell.”

Ward said that the outbreak could spread from India to neighboring countries, including Nepal (which has recently seen such an alarming spike in cases that it has stopped all international and domestic flights), Bangladesh, and Pakistan. Although there are different theories about what has caused the outbreak – the Indian government is saying the spread is due to the new “double mutant variant,” while some doctors have disagreed, and surely the failures in communication and coordination have contributed to the alarming spread of the disease – Ward said that “whichever of those narratives is true, it still spells looming dark times for all the countries surrounding India.”