Dr. Fauci to Be Interviewed Thursday By … Stephen Curry? 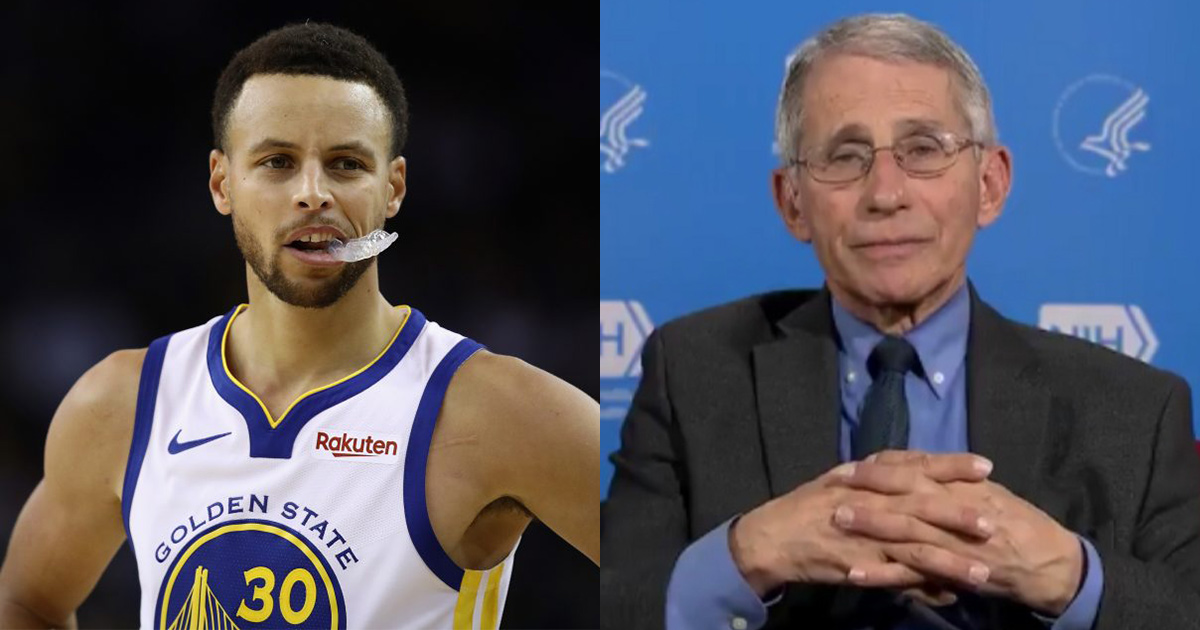 Dr. Anthony Fauci, a leading member of the coronavirus task force, has been omnipresent over the past several weeks on media outlets far and wide in an effort to get the word out about the White House’s social distancing initiatives. From spots on the big three cable news networks, to appearances with outlets such as Barstool Sports, to a host of other engagements including a podcast with actor Alan Alda, Fauci has seemingly been everywhere. But now, the doctor is going one-on-one with one of the greatest of his generation.

Yes, the Golden State Warriors star announced Wednesday that he is going to speak with Fauci Thursday on Instagram at 1 p.m. ET.

“Hyped to talk all things COVID-19 with Dr. Fauci,” Curry wrote on Twitter — going on to solicit queries from his fans.

Hyped to talk all things COVID-19 with Dr. Fauci of the @NIAIDNews tomorrow. This is a conversation for YOU so submit questions with #SCASKSFAUCI and join at 10am PT tomorrow (Mar 26). Let’s get it! pic.twitter.com/7DC0dty6u6

The interview comes as part of a clear effort to get the social distancing message to a younger audience. Viral videos have surfaced from places such as Florida showing spring breakers ignoring warnings from government officials and partying on beaches.

The NBA has been hard hit by the coronavirus. At least 10 players have tested positive — including Curry’s former teammate and fellow superstar Kevin Durant.