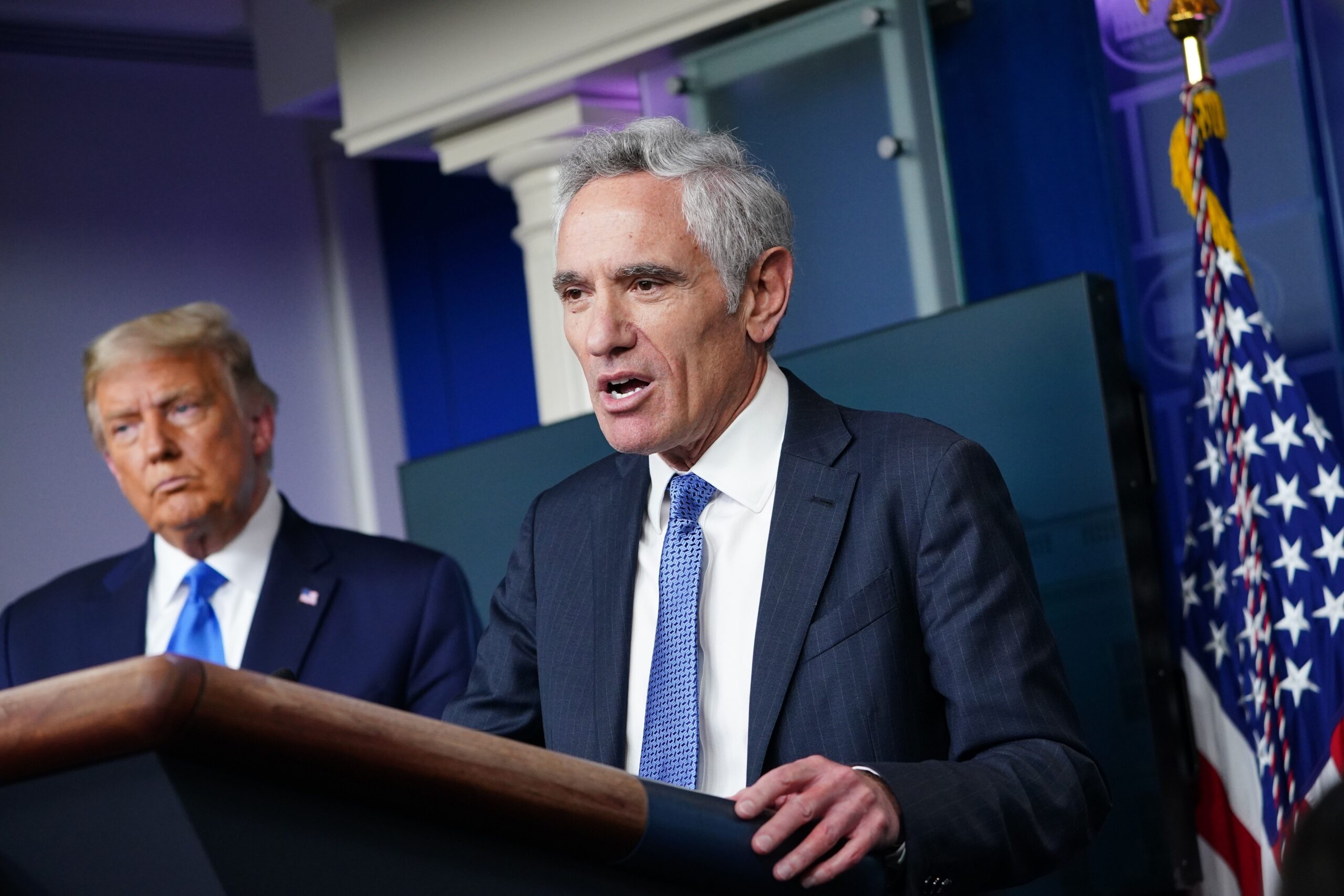 During an interview with the Washington Post this week, Fauci praised 2020 Democratic nominee Joe Biden for taking the coronavirus pandemic “seriously from a public health perspective,” before he went on the attack against Atlas, saying, “I have real problems with that guy.”

The hashtag “#CantThrowABall” appeared to reference Fauci’s dodgy first ceremonial pitch at the Washington D.C. game between the Washington Nationals and the New York Yankees in July.

Atlas is not the first person to take a swipe at Fauci’s pitch, with President Donald Trump making a similar dig a few weeks ago.

“Dr. Tony Fauci says we don’t allow him to do television, and yet I saw him last night on 60 Minutes, and he seems to get more airtime than anybody since the late, great, Bob Hope. All I ask of Tony is that he make better decisions. He said ‘no masks & let China in’. Also, Bad arm!” Trump tweeted.

“P.S. Tony should stop wearing the Washington Nationals’ Mask for two reasons. Number one, it is not up to the high standards that he should be exposing. Number two, it keeps reminding me that Tony threw out perhaps the worst first pitch in the history of Baseball!” he added.