Hillary Clinton Leads Epic Roast of NYT and Maureen Dowd: ‘Maureen Had Too Much Pot Brownie’ 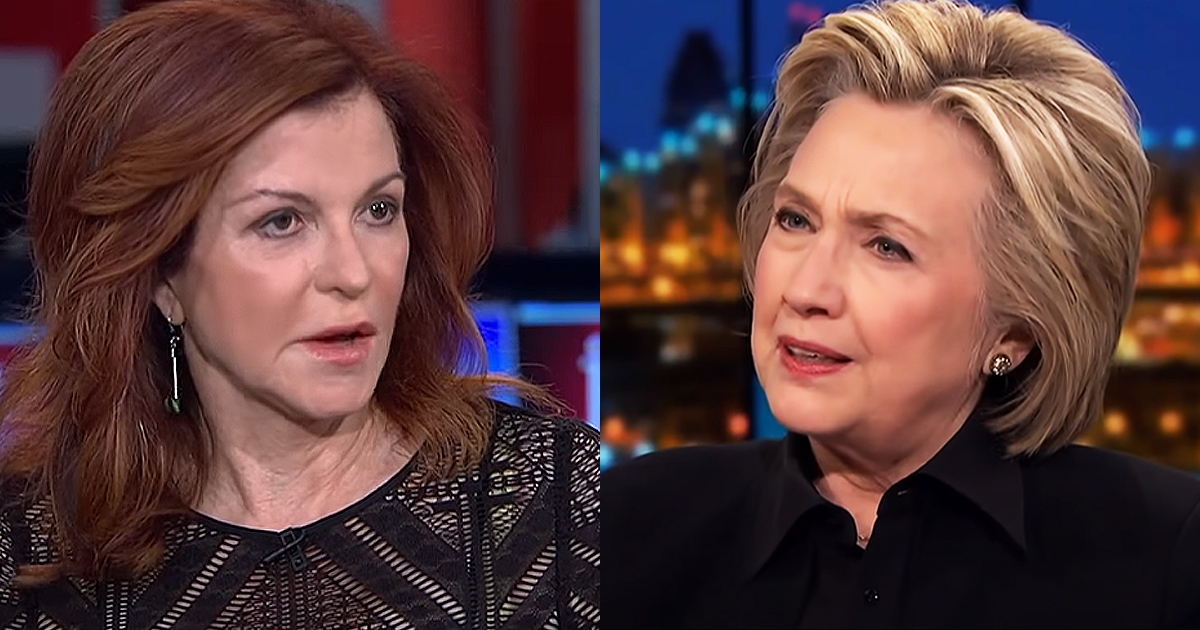 Former Secretary of State Hillary Clinton joined thousands of Twitter users in roasting The New York Times and columnist Maureen Dowd for apparently forgetting that she ran on a mixed-gender presidential ticket in 2016.

The New York Times Opinion Twitter account started things off with a now-deleted tweet promoting Dowd’s latest column, a look back at the Walter Mondale–Geraldine Ferraro ticket of 1984.

“It’s hard to fathom, but it has been 36 years since a man and a woman ran together on a Democratic Party ticket, writes @MaureenDowd. To use Geraldine Ferraro’s favorite expression, ‘Gimme a break!'” they wrote.

Dowd’s original column similarly claimed it had been “36 years since a man and a woman ran together on a Democratic Party ticket.”

That’s only true if Hillary Clinton’s selection of Virginia Senator Tim Kaine had never happened, as a flood of Twitter users pointed out – including Secretary Clinton.

“Either @TimKaine and I had a very vivid shared hallucination four years ago or Maureen had too much pot brownie before writing her column again,” Clinton wrote.

Either @TimKaine and I had a very vivid shared hallucination four years ago or Maureen had too much pot brownie before writing her column again. https://t.co/J3SSwtkg7x

Senator Kaine also responded, writing “Might I respond with my friend Hillary, borrowing from the great Stephen Sondheim:

Might I respond with my friend Hillary, borrowing from the great Stephen Sondheim:

Others were even less kind.

The number of women Maureen Dowd has undermined is incredible

The @FDRLST defense of Maureen Dowd says it all. https://t.co/WrKYjSC920

I want to thank @HillaryClinton for her tweet about Maureen Dowd. Seeing Secretary Clinton give that shark-jumping old hack the skewering she richly deserved gave me the jolt of energy I needed to shake off my isolation funk and get out of bed.

In case you were wondering, in the entire article there’s no mention of Hillary & Tim Kaine. So it wasn’t just a bad tweet or awkward phrasing — this article by Maureen Dowd claims a man & woman haven’t run together on a Dem presidential ticket in 36 years, & the NYT just ran it.

Maureen Dowd’s personal and specific hatred of Hillary Clinton has had a measurably bad effect on our nation’s trajectory.

Waiting to see how the Facebook “fact-checkers” deal with Maureen Dowd’s fake news.

I’m gonna guess they’re okay with Hillary Clinton being forgotten, since they did their best to erase her in 2016.

Still waiting for that Maureen Dowd column apologizing for her irrational hatred of Hillary Clinton, and her role in elevating and giving us four years of hell under Donald Trump.

AND the apology from the editors who let her spew her hate.

Who could forget Maureen Dowd’s most this-aged-well column from 2016: “Donald the Dove, Somebody Else Who Must Be A Man I Guess The Hawk”

lol why does maureen dowd still have a job https://t.co/I3aYGARaTU

Maureen Dowd has a Pulitzer. So does Maggie Haberman. https://t.co/59hdZhB91K

I have read more of Maureen Dowd’s vendetta against Hillary Clinton than anyone in the world. Proof: https://t.co/RDkyU8EHly

The uproar made Dowd a top trending topic Saturday morning.