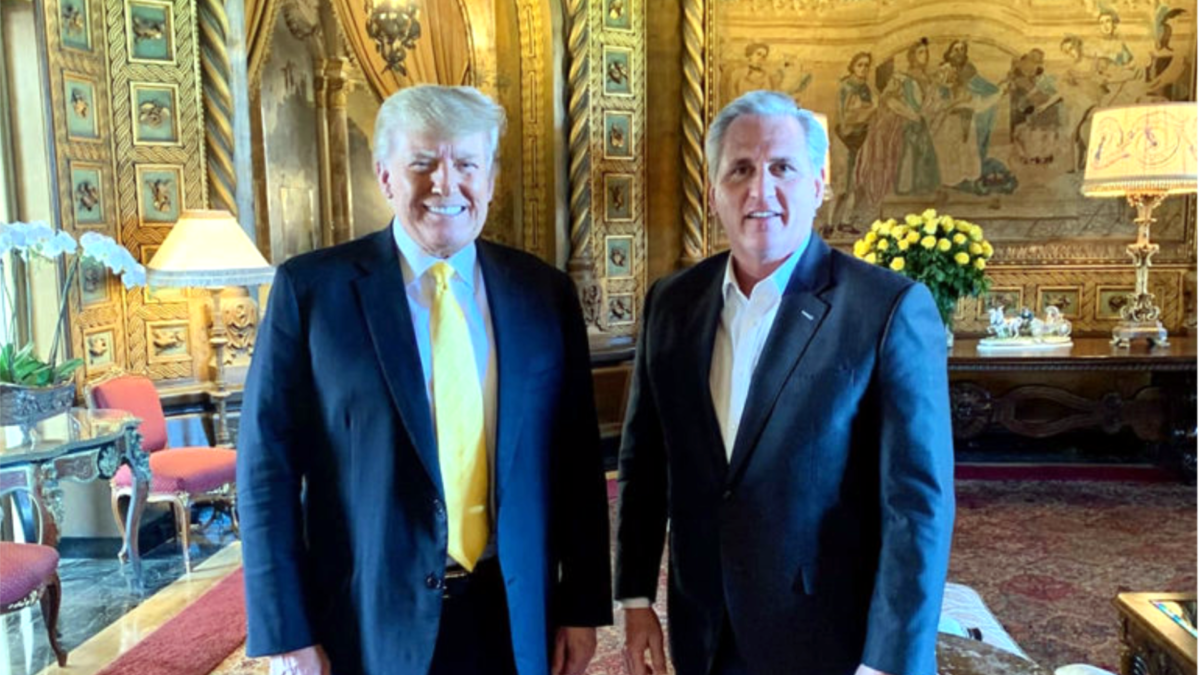 In an interview with Punchbowl, McCarthy complained about the lack of outreach from President Biden and his team, complaints that Punchbowl appeared to share:

— McCarthy told us he’s had practically no contact with President Joe Biden’s administration so far. NEC Director Brian Deese was on a phone call with top Republicans on each committee, but there has been no outreach from the top of the White House. This is a bit surprising to us, because it would be an easy thing to reach out to McCarthy, even if it’s just a courtesy call.

McCarthy was among the House Republicans who voted to overturn Electoral College votes following the deadly Capitol insurrection Trump incited.

Following the insurrection, McCarthy straddled a line between saying that Trump bore “responsibility” for the deadly violence, but that he should not be held accountable through impeachment. And several weeks after the attack, McCarthy made a much-derided visit with Trump at Mar-a-Lago.

He defended the move to Punchbowl by downplaying it as just another stop in his workday, made at Trump’s request:

— McCarthy visited Donald Trump in Florida a few weeks ago during a fundraising trip there, a move that was very heavily criticized by Democrats and Republicans alike. McCarthy defended his actions — “I can talk to anyone. Just as I can go talk to Joe Biden if President Biden wants to talk. I was in Florida, working. [Trump] wanted to have lunch. Yeah, I’m going to talk to him. One of the problems we have in America today is people aren’t talking to each other enough. And I don’t quite grasp why we’re now challenging people that they can’t talk to one another.”

McCarthy also appears to be hopeful that the American economy will be slow to recover. “It’s early, of course, but McCarthy believes that he can lay a subpar job-creation situation and rising gas prices at Democrats’ feet next year,” Punchbowl reports.

McCarthy told Punchbowl he thinks Republicans can take back the House in 2022 by stressing issues like immigration, gas prices, and “fighting back against socialism.”