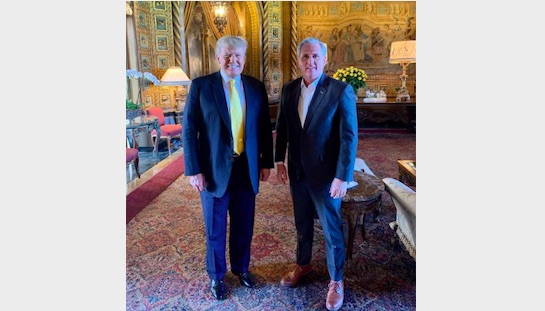 House Minority Leader Kevin McCarthy (R-CA) met with former President Donald Trump at the latter’s Florida home and, in an official readout of their conversation, the pair pledged to work together to elect Republicans in future elections.

The conversation between the erstwhile head of the party and its current leader in the House of Representatives was described as “a very good and cordial one” that “discussed many topics.” First and foremost among these was “taking back the House in 2022.” 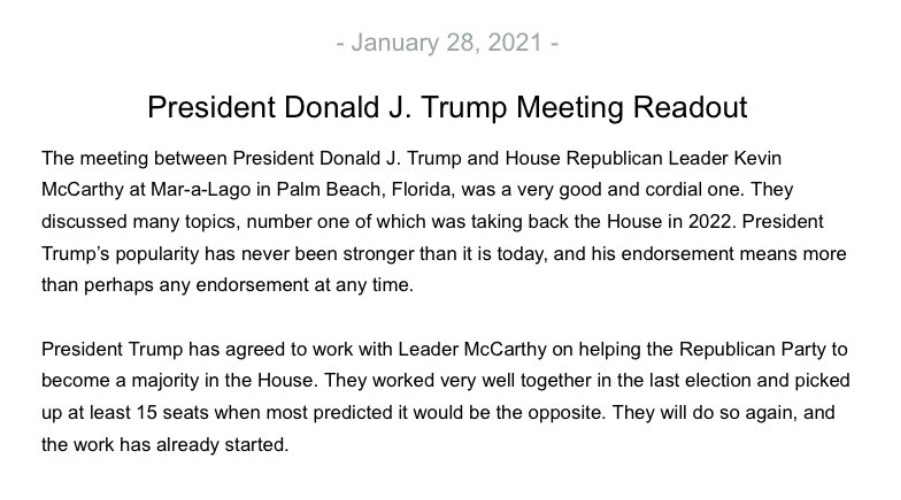 “President Trump has agreed to work with Leader McCarthy on helping the Republicans Party to become a majority in the House,” the statement added. “The worked very well together in the last election and picked up at least 15 seats when most predicted it would be the opposite. They will do so again, and the work has already started.”

The very public show of solidarity between Trump and the House GOP Leader seemed to full close the door on the president mulling kicking off a new, MAGA “Patriot Party” to challenge the Republicans just last week. In recent days, he had reportedly had second thoughts about a political schism with the GOP, and disavowed organic efforts to launch the third party.

The publicly-portrayed-as-friendly meeting also represented a turn for McCarthy, who had been targeted for intense criticism from some vocal pro-Trump supporters recently, after a speech in Congress two weeks ago that acknowledged Trump “bears responsibility” for the the violent MAGA insurrectionist attack on the Capitol.