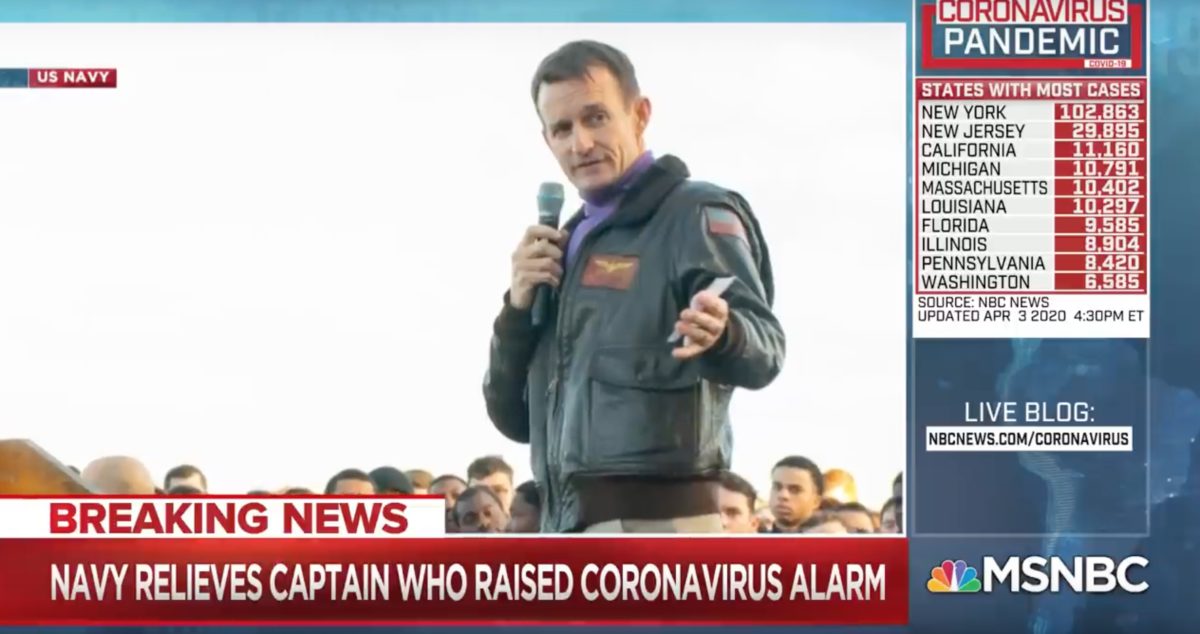 Brett Crozier, the Navy captain who was relieved of duty after warning of a coronavirus outbreak on his ship, has reportedly tested positive for Covid-19.

Two Naval Academy classmates close to Crozier’s family have told The New York Times that the ex-captain of the U.S.S. Theodore Roosevelt has contracted the virus. The news comes days after Crozier was relieved of command by Acting Navy Secretary Thomas Modly, who cited loss of confidence as the reason for the captain’s dismissal.

The Times reports that Crozier was exhibiting coronavirus symptoms last week when he sent his email to alert the Navy of an onboard outbreak. Crozier was requesting help to handle the situation with his crew, and even though Modly accused Crozier of causing unnecessary alarm with his message (which was leaked to the The San Francisco Chronicle), hundreds of sailors were filmed cheering for Crozier when he disembarked the ship in Guam.

Trump expressed approval for Crozier’s dismissal, saying in his Saturday White House press briefing “it was terrible what he did.” Defense Secretary Mark Esper gave an interview to CNN’s Jake Tapper on Sunday, during which, he was pressed on how the Navy handled the situation and whether it was fair to dismiss Crozier without an investigation first.