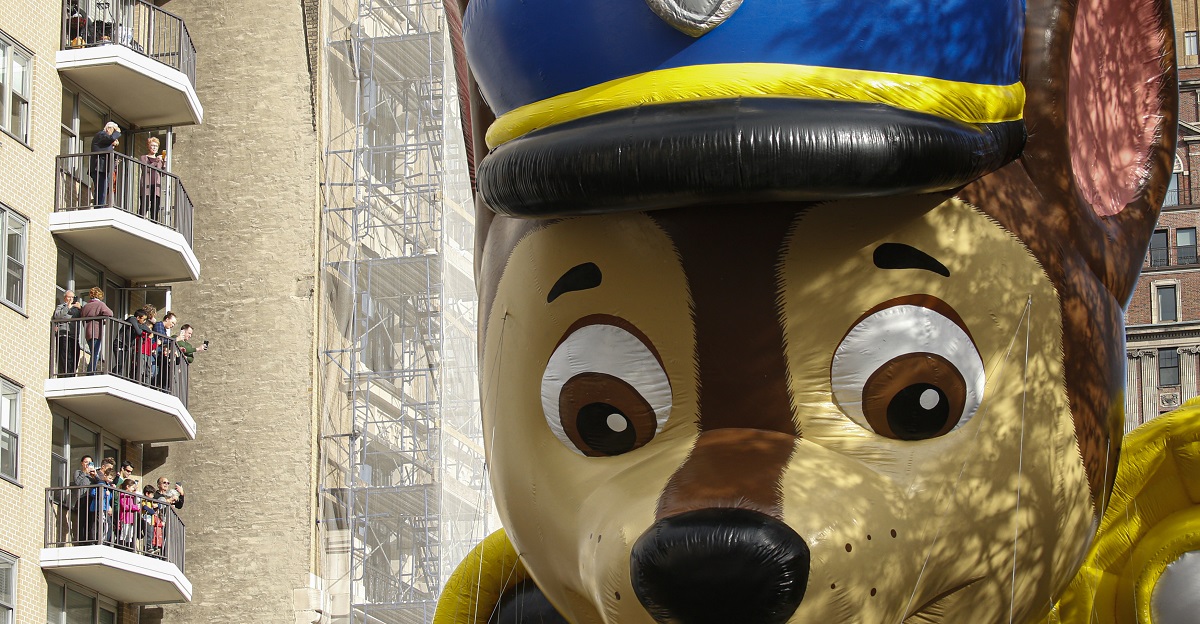 A New York Times article has prominent figures from Megyn Kelly to Eric Trump expressing outrage that the children’s show Paw Patrol has become a target of the protests sparked by the police killing of George Floyd. It hasn’t.

President Donald Trump’s son was among the outraged throng of people who saw a New York Times headline that read “The Protests Come for ‘Paw Patrol’,” and raced to Twitter to denounce the “movement.”

“Now the left wants to cancel “Paw Patrol.” These people are truly insane…” he wrote.

Now the left wants to cancel “Paw Patrol.” These people are truly insane…

Alas, he was not alone. Megyn Kelly — exiled from NBC over comments about blackface — applied her energy to Paw Patrol by writing “This is beyond parody.”

This is beyond parody. https://t.co/DMhEMWi3FL

Defend All of America’s Children.

I give up. Game over, man. Game over. Last one out turn out the lights. We’ve gone to plaid. https://t.co/2rGGH24ene

The Left Doesn’t Want to Defund the Police — they want to Erase the Police. The Protests Come for ‘Paw Patrol’ and other positive depictions of police heroes.https://t.co/Aw42N0He5b

Absolutely idiotic. This exposes how unserious and *malevolent* the mob really is. “The Protests Come for ‘Paw Patrol’ ; A backlash is mounting against depictions of “good cops,” on television and in the street” https://t.co/kw9jehuWSo

Okay fine. I read it. The only remaining conclusion: National nervous breakdown. https://t.co/v5nwMCTwgF

“Chase is on the case in ‘Paw Patrol,’ but as protests against racist police violence reach their third week, criticism of fictional cops is growing, too.”

I’m sorry, I refuse to believe this is the New York Times, and not The Onion.https://t.co/W9km3y4V8c pic.twitter.com/3D8sYY9aK2

The left is working overtime to ensure you hate themhttps://t.co/YH3q8lTkTZ

As it turns out, though, the outrage is based on an attempt at cleverness by Times critic Amanda Hess, who used the absurd headline as an attention-getting peg for an in-depth look at the portrayals of police on television.

She began with a description of the show, then noted a tweet in which the show’s producers announced that “we will be muting our content until June 7th to give access for Black voices to be heard so we can continue to listen and further our learning.”

In solidarity of #amplifymelanatedvoices we will be muting our content until June 7th to give access for Black voices to be heard so we can continue to listen and further our learning. #amplifyblackvoices pic.twitter.com/NO2KeQjpHM

Anyone who read the actual article would have seen that Hess was referring to reactions to that tweet that she explicitly identified as jokes.

But last week, when the show’s official Twitter account put out a bland call for “Black voices to be heard,” commenters came after Chase. “Euthanize the police dog,” they said. “Defund the paw patrol.” “All dogs go to heaven, except the class traitors in the Paw Patrol.”

There were also plenty of users who got the joke, but the reach of the outraged is a cautionary tale for people who only read headlines — or only repeat the parts of things that confirm their own hostilities.