Trump Planning to Show Obits of People He Claims Voted 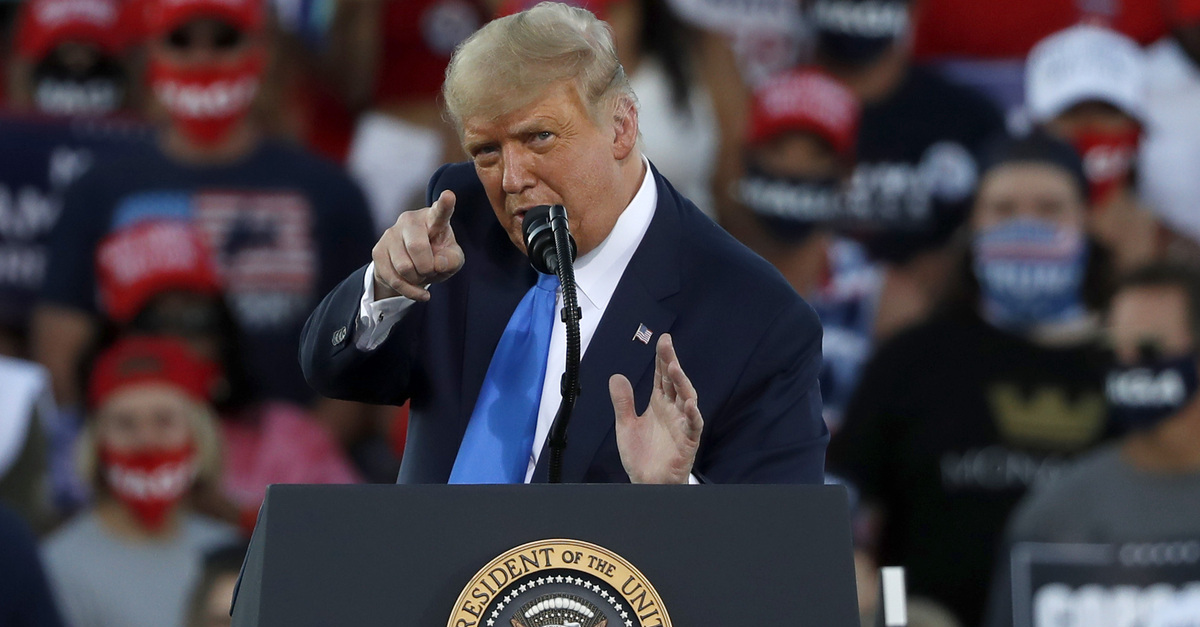 According to an Axios report late Sunday evening, President Donald Trump is slated to “brandish obituaries of people who supposedly voted but are dead,” and continue to hold political rallies following his loss to President-elect Joe Biden.

“Obits for those who cast ballots are part of the ‘specific pieces of evidence’ aimed at bolstering the Trump team’s so-far unsupported claims of widespread voter fraud and corruption that they say led to Joe Biden’s victory,” Axios White House reporter Alayna Treene stated in the report.

Scoop: President Trump plans to brandish obituaries of people who supposedly voted but are dead — plus hold campaign-style rallies — in an effort to prolong his fight against apparent insurmountable election results, four Trump advisers tell me https://t.co/HGfpZjSVXA

Politico’s Chief Washington Correspondent Ryan Lizza also shared on Twitter that a Trump adviser he spoke to, is pushing back against the president regarding his plan to hold rallies.

I’m told by a top Trump adviser, who thinks it’s a terrible idea, that some aides are pushing Trump to hold a rally as soon as *tomorrow night*

When asked where, this person made it clear it would be out in deep red Trump country: “It’s not like he’s going to hold it BLM plaza.” https://t.co/yxWcEiUjjU