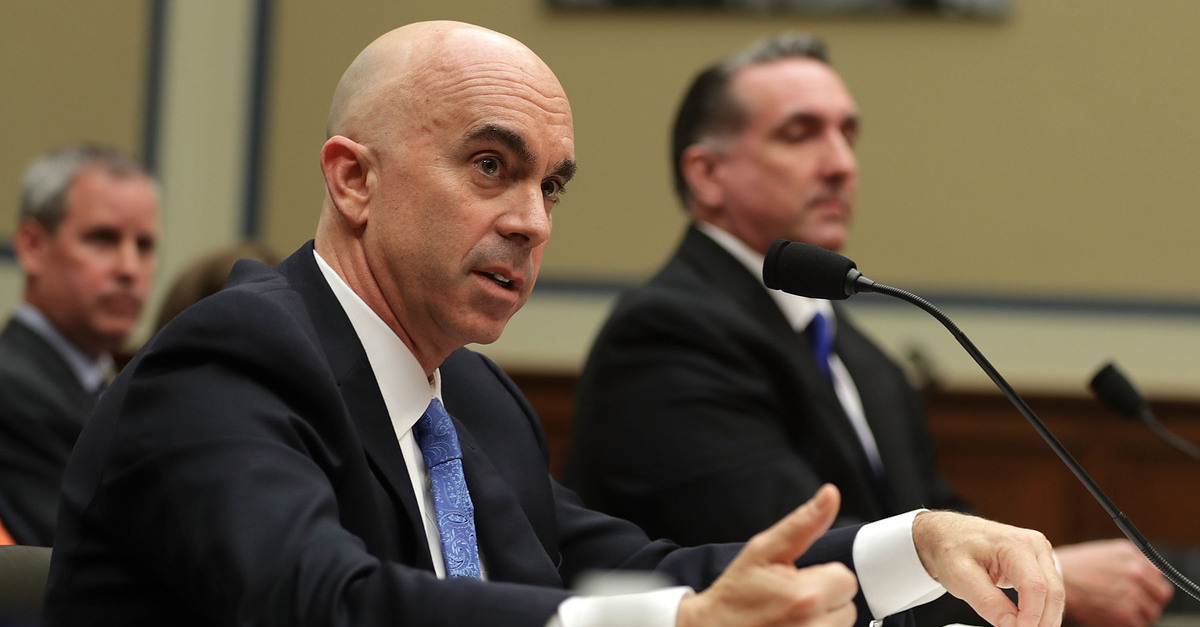 The State Department is asking for an investigation of former Inspector General Steve Linick, in the latest front in the department’s war with the fired watchdog chief.

“Last fall, the department had serious concerns with the leak of a draft State Department OIG report,” Under Secretary Brian Bulato wrote in a June 8 letter to Michael Horowitz, who heads the Council of the Inspectors General on Integrity and Efficiency, that was obtained by Mediaite.

“Unfortunately, Linick’s failure to follow through on that course — or to seek agreement from his reporting chain on any change in course — has only confirmed the department’s recommendation and has raised even further concerns about Linick’s judgment and conduct,” Bulato added.

President Donald Trump fired Linick in March. The Pentagon’s Office of Inspector General previously investigated Linick for leaking information, but reportedly cleared him of wrongdoing shortly before his termination.

After Linick’s firing, reports came to light that Linick had been investigating Secretary of State Mike Pompeo for asking staffers to perform personal tasks, including walking his dog and getting his dry cleaning. He was also investigating the more serious matter of whether Pompeo properly authorized an arms sale to Saudi Arabia. Pompeo has said he had no idea that an investigation was underway.

Bulato also sent a copy of his request to members of Congress including Sen. Chuck Grassley (R-IA), who has become vocal in his objections to the president’s firing of inspectors general. “A little history/irony @realdonaldtrump,” Grassley tweeted last week. “Did u know Hillary Clinton didn’t want an inspector general so she didn’t have 1? Did u know it was a top priority for Kerry to get 1? That was Linick I found him 2b helpful when trying to get to bottom of email scandal Now he’s gone!”

Bulato argued in his letter that someone has engaged in a “pattern” of leaks related to Linick, pointing especially to a CNN report. “Even though no one at the State Department other than Linick had a copy of the DOD Inspector General’s report, CNN ran a story on May 28, 2020 that the DOD IG report had exonerated Linick of leaking,” Bulato wrote.

Linick has reciprocated with allegations of his, testifying before Congress this month “that Bulatao pressured him to act in ways that Linick felt were inappropriate — including Bulatao telling Linick that the investigation into weapons sales to Saudi Arabia was not a matter for the IG to investigate, and Bulatao telling Linick that he wanted to oversee the independent investigation into allegations of a State OIG draft report leak to the media,” according to a readout provided by Democrats.