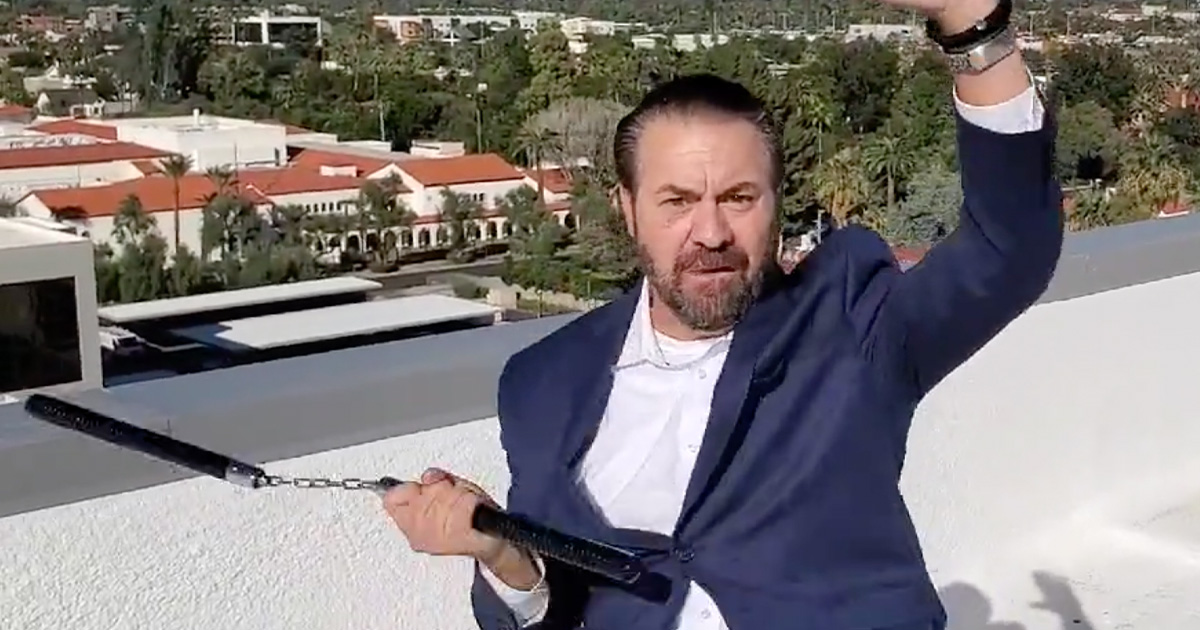 The attorney general of Arizona posted a video Friday morning showing off his nunchucks skills.

And yes, you are reading that correctly.

Attorney General Mark Brnovich, currently running for Senate, posted a video of him on a rooftop captioned, “You want the nunchucks. You got the nunchucks.”

And, well, it’s what you expect. You know, Dead dove: do not eat.

You want the nunchucks.

You got the nunchucks. pic.twitter.com/fu4MlJEUN1

Brnovich celebrated by taking the chucks out for a spin.

Clearly, my years of martial arts training paid off. Pulled my old nunchaku out of storage…like riding a bike. #WayOfTheDragon pic.twitter.com/ibVf9ADWmx

Brnovich got some national attention recently over the widely-derided “audit” in Arizona, a state Trump continued to falsely claim he won. After the audit was released, Brnovich said it raised “serious questions” about the 2020 election and asked for supporting documents from the report.