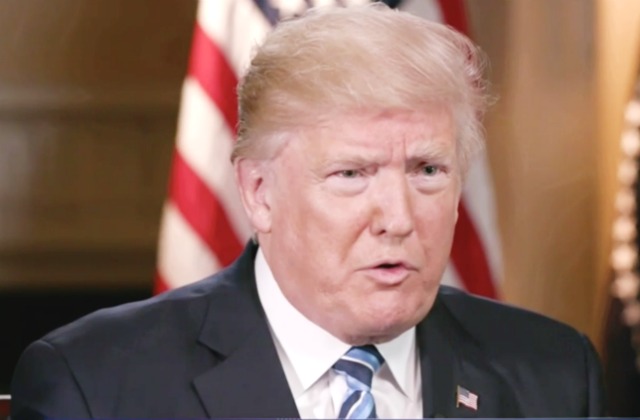 A new report from the New York Times gives a look at what happened during the controversial meeting with Russian ambassadors that took place the day after he fired FBI director James Comey.

What was already reported about that day was that he leaked classified information to them. Here’s the big takeaway from this new NYT report:

President Trump told Russian officials in the Oval Office this month that firing the F.B.I. director, James B. Comey, had relieved “great pressure” on him, according to a document summarizing the meeting.

“I just fired the head of the F.B.I. He was crazy, a real nut job,” Mr. Trump said, according to the document, which was read to The New York Times by an American official. “I faced great pressure because of Russia. That’s taken off.”

That does absolutely nothing to help Trump with the pervasive speculation that he fired Comey because of the investigation into his Russian ties. After all, he more or less admitted it a few days later.

Note that it does not dispute anything that was in the original report.