Actress In Innocence Of Muslims Movie Claims She Was ‘Deceived,’ Original Script Was Not About Islam

Actress In Innocence Of Muslims Movie Claims She Was ‘Deceived,’ Original Script Was Not About Islam 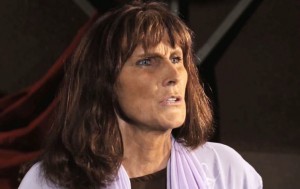 An anti-Islamic film has been getting quite a bit of attention today because of the anger it sparked throughout the Muslim world, which spurred the attacks on diplomatic compounds on Egypt and Libya. One of the actresses from the film, titled Innocence of Muslims, told Gawker in an interview today that she was deceived by the filmmaker about the movie’s intent, and claimed that the anti-Islamic rhetoric was dubbed in later without the actors’ knowledge.

Cindy Lee Garcia spoke to Gawker over the phone earlier today and said she had “no idea she was participating” in a film that goes out of its way to spoof the life of Mohammed.

The script she was given was titled simply Desert Warriors.

In the script and during the shooting, nothing indicated the controversial nature of the final product, now called Muslim Innocence. Muhammed wasn’t even called Muhammed; he was “Master George,” Garcia said.

For example, one line that was originally “Is your god a child molester?” was dubbed over in post-production to say “Is your Muhammed a child molester. The entire cast and crew of the film released a statement to CNN condemning the finished project, also claiming there were some “drastic re-writes” they were not aware of.