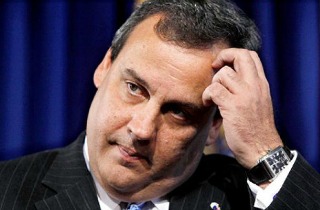 When former New Jersey Gov. Chris Christie aide David Wildstein’s attorney floated the possibility that “evidence exists” which may cast doubt on the governor’s statements during a marathon January 9 press conference, Christie’s office hit back hard. The governor’s office fired back at Wildstein’s accusations with attacks on the fired aide’s integrity and even his record in high school – a move widely greeted in the press as an excessive attack on Wildstein’s character. According to a report in POLITICO on Friday, Christie’s aides never bothered to run that counterattack by the governor before sending it off to the media.

“Christie’s aides did not run the document – which took the extraordinary step of highlighting incidents from Wildstein’s high school days – by the governor before they sent it out, according to two people familiar with the matter,” POLITICO reports on Friday. “Instead, someone tucked the high school lines into a daily briefing email to the governor’s supporters, and blasted it out earlier than planned. Another round of unflattering news coverage ensued.”

POLITICO submits that this latest episode “illustrates Christie’s struggles over the past month to regain his political footing amid a swirl of scandal.” The report observes that Christie was widely perceived to be a competent executive in command of his subordinates before the scandal, an impression of the governor which fewer share today.

The aura of authority surrounding Christie has given way to a feeling among his aides and allies that they are operating in new and unsettling territory, reacting to new twists in the scandal instead of driving events themselves.