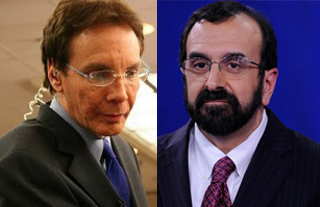 When a tragedy like the one in Norway occurs, it’s human nature to try and explain the unexplainable. This almost always turns into a search for someone to blame. This frequently leads to attempts to guess what media figures the killers in question may have followed, putting those figures on the defensive. That defense is much harder when the terrorist himself cites your work explicitly. Such is the position that Robert Spencer, director of the blog Jihad Watch, now finds himself. Today, he appeared on Alan Colmes’ radio show to defend his site and his work.

This weekend, it was discovered that Spencer’s anti-Jihad (some, not Spencer, would say “anti-Muslim”) writing was cited 64 times in the manifesto of the terrorist Anders Behring Breivik. Because of this, he quickly received a large amount of unwanted attention, being mentioned on NBC Nightly News and featured heavily in a New York Times article entitled “Killings in Norway Spotlight Anti-Muslim Thought in U.S.” Spencer has decried this “blame game” as a “leftist fantasy.”

In this writer’s opinion, Breivik was crazy and you can’t blame any one person for crazy being, well, crazy. I may find much of Spencer’s writings reprehensible and he may have contributed to an anti-Muslim culture that Breivik dwelled in, but he’s no more guilty for this crime than a heavy metal band is for Columbine.

That being said, Colmes got some good points in when he pointed out the difference between the way people like Spencer categorize Breivik to the way they do Islamic terrorists. Why are the latter endemic of a massive Islamic cultural problem whereas Spencer is so quick to describe Breivik as a lone gunman. Hypocrisy is just as dangerous as irrational blaming.

It’s a fascinating (and heated) conversation. Watch the clip from Fox News below: