Beck Warns Iran Deal Will Result in ‘Holocaust, Perhaps Bigger than the Last’ 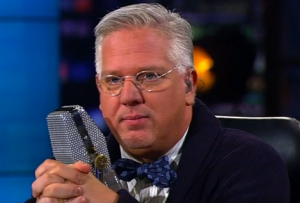 Glenn Beck posted a lengthy message on Facebook about the Iran deal and warned of dire consequences, including “a Holocaust, perhaps bigger than the last.”

Beck––who’s currently on medical hiatus from his radio show––recalled how people mocked him for warning about “the rise of the caliphate,” but now he’s even more convinced that the United States has done a deal with a nation that believes in the “literal end times.”

“What this president has done will be remembered as something far worse than Neville Chamberlain,” Beck declared. “It will only be a matter of time before millions cry out his name in despair and contempt.”

He called on all Americans to stand up against the deal to “serve the truth and against injustice no matter the price.”

For years I have warned the world against turning a blind eye to those who run Iran. They are beyond radical Islamists. They, like ISIS are psychotic Islamists.

When I predicted the rise of the caliphate, those who had not done their homework on what was really happening in the Middle East spent their time mocking me. Once again, I warn the American people and the people of the world again. This particular strain of Islamists, like ISIS, believe they can “hasten the return of the promised one”, and usher in the literal end times.

No one in their right mind would sign treaties with a Christian country that believed these things. Remember, it does NOT require you to believe it, just that you fully understand that THEY believe it.

What this president has done will be remembered as something far worse than Neville Chamberlain. It will only be a matter of time before millions cry out his name in despair and contempt. A Holocaust, perhaps bigger than the last, where millions of Christians and even Muslims who are not Muslim enough will die at the hands of the Islamic State.

This is a sad day for the right of conscience and the freedom and safety of not only us but the entire world. It is a tragic day for our ally Israel.

‪#‎neveragainisnow‬. It is time for good, decent and God fearing Americans stand and be counted. This deal yet again proves that our governments are not the solution to our problems. For me, my family and my team we will serve the truth and against injustice no matter the price. We will serve The Lord.

This must not stand but you must.