Ben Affleck Speaks Out on Harvey Weinstein: Reading Allegations ‘Made Me Sick’ 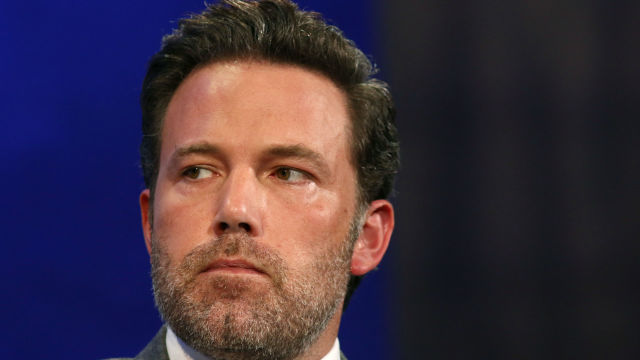 Affleck was one of many A-listers who hadn’t publicly weighed in as of yesterday, and people noticed:

The @guardian reached out to 26 male actors and directors to comment on Harvey Weinstein. None responded.https://t.co/cnuVineNbi pic.twitter.com/Vi29JiOpRx

But following the massive New Yorker exposé revealing three allegations of rape against Weinstein, Affleck posted a statement to Facebook this afternoon (that notably does not mention Weinstein’s name at all):

I am saddened and angry that a man who I worked with used his position of power to intimidate, sexually harass and manipulate many women over decades. The additional allegations of assault that I read this morning made me sick. This is completely unacceptable, and I find myself asking what I can do to make sure this doesn’t happen to others. We need to do better at protecting our sisters, friends, co-workers and daughters. We must support those who come forward, condemn this type of behavior when we see it and help ensure there are more women in positions of power.

@benaffleck “GODDAMNIT! I TOLD HIM TO STOP DOING THAT” you said that to my face. The press conf I was made to go to after assault. You lie.