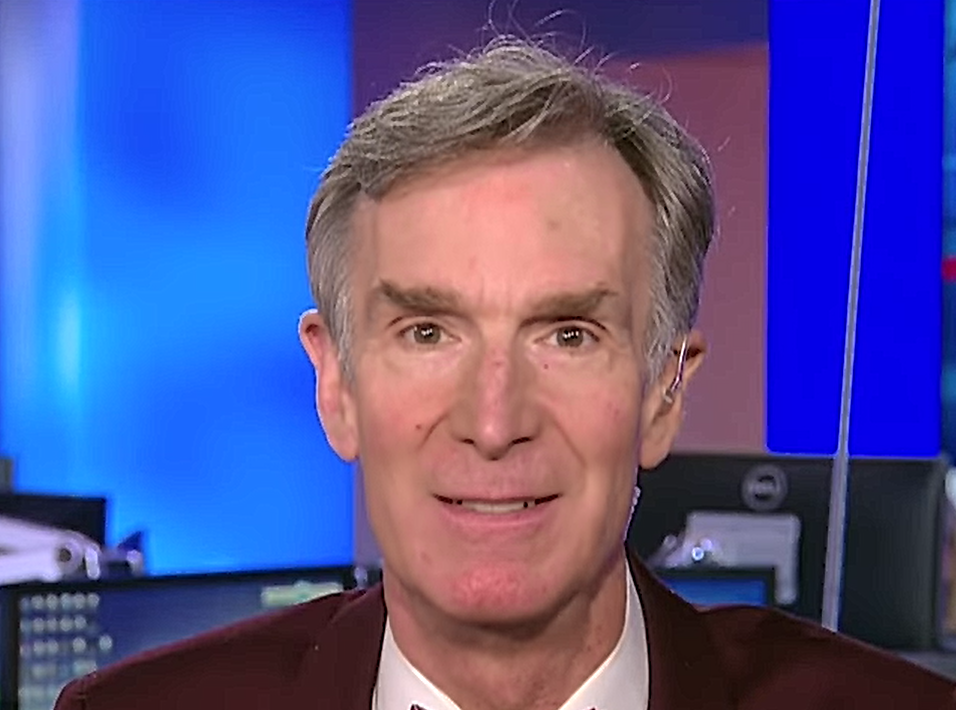 Bill Nye, “the Science Guy,” recently spoke with the LA Times about the “terrifying ascendancy of American ‘dingbatitude.'”

The “dingbats” Nye is referring to are those folks who don’t wholeheartedly subscribe to his religion of man-made climate change without even asking any questions.

But the science-guy-turned-social-justice-warrior sees a solution to solving the problem of “dingbatitude.” And unlike the climate, this solution is not man-made but rather relies solely on Mother Nature and Father Time.

We just have to wait for “climate deniers” to die, according to Nye. Then we can seriously get to work on saving the planet.

“Climate change deniers, by way of example, are older,” he says. “It’s generational. So we’re just going to have to wait for those people to ‘age out,’ as they say. ‘Age out’ is a euphemism for ‘die.’ But it’ll happen, I guarantee you — that’ll happen.”

Nye’s contempt for “climate deniers” is well documented as he is no stranger to making inflammatory comments about people he believes pose a dangerous threat to life on the planet.

In the past, Nye has suggested criminalizing man-made climate change denial and even recommended penalizing people for having “extra kids.”

Nye assures us that his agenda is not political. Only those who deny climate change are being political, according to Nye.

“I’m not the guy denying climate change,” Nye noted. “You guys started it. I didn’t want to be political. You made it political — clowns.”