Bravo TV: The Trashiest Class, or Classiest Trash on Television? 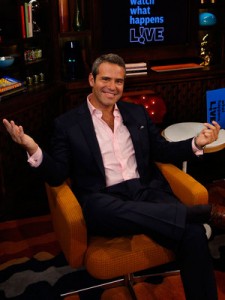 It’s downright ballsy (tacky?) for a cable development exec to give himself a talk show on his own network, but Bravo development exec Andy Cohen doesn’t mind one bit, he’s laughing all the way to the bank.

His talk show, Watch What Happens (which also happens to be Bravo’s tagline), is just another ingredient in Bravo secret programming recipe — a line-up that is equal parts despicable and magnetic (especially if you’re rich) — an advertiser’s dream come true.

Right around the time of Queer Eye For the Straight Guy, something weird started happening on Bravo: Ludicrous reality shows began to draw sizable followings of well-educated, cosmopolitan viewers. Bravo reinvented low-brow programming for high-brow people and has been riding the ratings wave ever since.

We can’t be sure how series like Queer Eye, Work Out (remember that one about a muscular lesbian’s love life and fitness business),  NYC Prep (aka Hitler-Jugend)and the Real Housewives family have attracted such an affluent audience, but they have.

This lede from a Wall Street Journal “Speakeasy” column about NYC Prep explains the draw that Bravo’s brand of trashy reality has on rich people:

NYC Prep, Bravo’s reality series about a group of wealthy Manhattan teens who are too blasé for their own good, is finally over. To mark the occasion, I decided to throw a viewing party last night with my cousin at his chic downtown loft. We invited some of our friends and colleagues who, like us, are irrationally obsessed with this fakakta show.

It doesn’t make a whole lot of sense — sneering at people who might be just as wealthy as you, albeit more ridiculous — but it’s precisely what makes Bravo’s television a hit. Well, the sneer factor, but also what Cohen calls the Bravo wink: “We do something with the editing that’s called the “Bravo wink” … [a character might say] ‘I’m the healthiest person in the world’ and then you see them ashing their cigarette.” It’s as simple as that, I guess.

In Cohen’s mind, there are two main groups of people who get really into these shows: What he calls “Will and Gracers,” basically cosmopolitan, single (rich!) women and their gay best friends (so-called GBFs); and “PTA Trend-Setters,” moms who pick up their kids from school wearing trendy clothing.

And rumor has it that one of the production companies behind some of Bravo’s past successful lunacy, True Entertainment, is now looking to do a reality series about gay men in New York — ” hottest young, fabulous gay men,” preferably those in relationships with older men — as reported by Gawker. Wills and their Graces will definitely gobble that up. 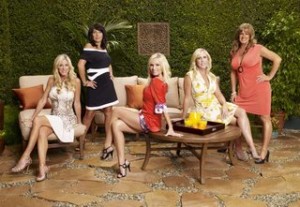 The Real Housewives of Orange Country.

Cohen divides Bravo’s reality programming into two categories: “competitive reality” and “docu-series” (although sometimes we can’t tell the difference when the Real Housewives compete to see who can embarrass herself more than the others ). And then there’s Cohen’s own show, Watch What Happens — which Brand said was “sort of like a gay Dick Cavett show,” on ATC.

Originally just an online series largely aimed at promoting Bravo’s reality shows, Watch What Happens now has its own live slot on Thursday nights. There you can watch Cohen schmooze it up with guests from Bravo’s reality shows and maybe a celeb or two, often with with a drink in hand on-air.

And there you have it, for all those Grace’s out there with no Will, Cohen will be your GBF on Thursday nights; Cohen is happy to kick back and gab it up about the reality shows you’ve been watching all week. But only if you tune in.