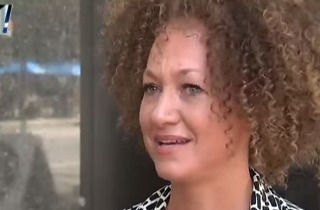 Following a weekend of national scrutiny, Spokane NAACP president Rachel Dolezal announced Monday morning she was stepping down from her position. Dolezal became the center of controversy Friday after her parents alleged she had falsely portrayed herself as African American.

“In the eye of this current storm, I can see that a separation of family and organizational outcomes is in the best interest of the NAACP,” she wrote. “It is with complete allegiance to the cause of racial and social justice and the NAACP that I step aside from the Presidency.”

Dolezal praised the work the organization had done under her tenure, but added, “the dialogue has unexpectedly shifted internationally to my personal identity in the context of defining race and ethnicity.”

“The movement is larger than a moment in time or a single person’s story, and I hope that everyone offers their robust support of the Journey for Justice campaign that the NAACP launches today!” she wrote.

The comments beneath her post are what you’d expect. Read the full statement below:

Dear Executive Committee and NAACP Members, It is a true honor to serve in the racial and social justice movement here…