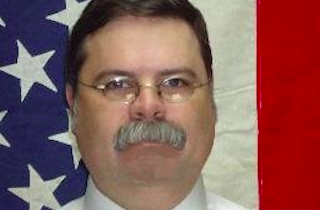 Warner Todd Huston, a conservative commentator who serves as a daily contributor for Breitbart.com, published a blog post this weekend that laid out a force that he thinks is — at least “in part” — to blame for the mass killing that Elliot Rodger committed near UC Santa Barbara Friday evening.

According to Huston, “corrupt college culture” helped lead to Rodger killing seven people, including himself. In his mind, the incident is “another example of how college is fast become a detriment to this country instead of a positive force.”

As Rodger explained in his disturbing manifesto video on YouTube, it was apparently his inability to get girls his age to sleep with him that drove him to kill. Huston quotes a portion of the video in which Rodger says, “College is the time when everyone experiences those things such as sex and fun and pleasure. But in those years I’ve had to rot in loneliness. It’s not fair. You girls have never been attracted to me. I don’t know why you girls aren’t attracted to me. But I will punish you all for it.”

Huston’s solution? “Eliminate the college education as a prerequisite for every last entry-level job.” While he admits that some professions like medicine should require a specialized degree, he argues that college should not be required for “every last little job.”

But more than that, he concludes that “we need to get sex out of education,” adding, “All these clubs and absurd classes need to be eliminated. They are part of the root problem that caused this murder spree.”