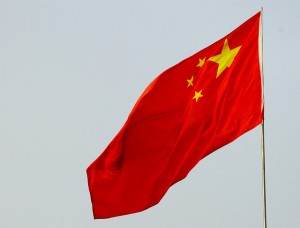 An editorial published Monday in the China government-controlled Global Times argues even if Donald Trump isn’t elected president, his ascendance has “opened a Pandora’s Box” for America by exposing both alarming fissures in U.S. society and some of the inherent risks in democracy in general.

“Mussolini and Hitler came to power through elections, a heavy lesson for Western democracy,” the editorial says. “Now, most analysts believe the US election system will stop Trump from being president eventually. The process will be scary but not dangerous.” That is to say, one supposes, we may come close to the edge of a Trump presidency but will not necessarily fall.

On a more light-hearted note, the editorial provides some insight into how a foreign outlet distills the ups and downs of this tumultuous election cycle into a single easy-to-read gloss:

Trump’s rise was not anticipated by most analysts and observers. At the beginning of the election, Trump, a rich, narcissist and inflammatory candidate, was only treated as an underdog. His job was basically to act as a clown to attract more voters’ attention to the GOP. However, knocking down most other promising candidates, the clown is now the biggest dark horse.

[…] Big-mouthed, anti-traditional, abusively forthright, he is a perfect populist that could easily provoke the public. Despite candidates’ promises, Americans know elections cannot really change their lives. Then, why not support Trump and vent their spleen?

The rise of a racist in the US political arena worries the whole world. Usually, the tempo of the evolution of US politics can be predicted, while Trump’s ascent indicates all possibilities and unpredictability.

Washington Post‘s Simone Denyer noted that the editorial argues that the unpredictability of democracy is to blame for many of America’s ills, such as income and racial inequality. Denyer writes:

The inherent instability of the democratic system is classic Communist Party propaganda and an argument that resonates with many people here: Indeed, it is one of the pillars of the party’s legitimacy in many people’s eyes.

Democracy is a mess – just look at India – and sometimes violent – viz. the Arab Spring. China’s history before the Communist Party came to power was equally messy. Only strong, purposeful and benevolent one-party rule can guarantee stability.

Of course, there are a couple of glaring lacunae in that argument: The most obvious being the tyranny and mass insanity unleashed by Mao Zedong, who killed tens of millions of his own people, (as indeed Stalin did in the Soviet Union). But hey, that bit of history is officially glossed over here.

The paper may have a point in that the rise of Trump — as well as that of Bernie Sanders — is arguably a reaction to the capture of American politics by big business and lobbyists, and the failure of globalization to deliver economic benefits to the middle class.

But it also ignores the fact that democratic “reactions” can often offer a (long and winding) path to democratic solutions, while dictatorships almost always end in chaos.