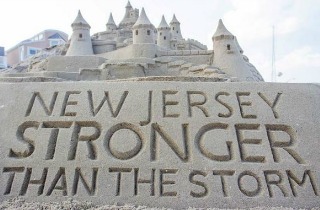 Still reeling from the scandal surrounding the closure of two lanes of the George Washington Bridge which some allege was a part of a strategy of political retribution, New Jersey Gov. Chris Christie’s office is now the subject of a federal investigation into the misuse of $25 million of Hurricane Sandy relief funds.

The allegation centers on the use of those funds to create and air ads promoting the Jersey Shore which feature Christie and his family. The ads aired in the summer of 2013, a time when Christie was also mounting a reelection campaign. Christie’s office is, however, defending their use of those funds to air the ads by saying that members of President Barack Obama’s administration approved of the state’s recovery strategy.

“The Stronger Than The Storm campaign was just one part of the first action plan approved by the Obama Administration and developed with the goal of effectively communicating that the Jersey Shore was open for business during the first summer after Sandy,” said Christie spokesman Colin Reed in a statement on Monday.

“Federal agency reviews are routine and standard operating procedure with all federally allocated resources to ensure that funds are distributed fairly,” he continued. “We’re confident that any review will show that the ads were a key part in helping New Jersey get back on its feet after being struck by the worst storm in state history.”