CNN Guest Claims ‘Jesus Was an Undocumented Immigrant’ (No, He Really Wasn’t) 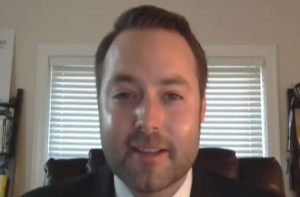 “Well, not only was Jesus a rebel, but Jesus was an undocumented immigrant himself when he fled to Egypt seeking persecution [sic] in his day,” said Rev. Ryan Ellers in a debate with CNN conservative contributor S.E. Cupp. “So the question becomes [would] we call Jesus himself illegal if he were, you know, in our modern times?”

The Gospel of Matthew does indeed tell of Jesus, May, and Joseph fleeing from Bethlehem to Egypt to avoid the evil King Herod. But at the time, Egypt and Palestine weren’t different countries; they were both Roman provinces. In that light, the Holy Family’s flight to Egypt is less like sneaking into Texas from Mexico, and more like sneaking into Texas from New Mexico. In short, he may have been a “migrant” very broadly speaking, but never an immigrant.

In any case, it’s perfectly possible the Holy Family went through the legal channels, meaning they wouldn’t be “undocumented” in any sense; the narrative just never says one way of the other. There’s about as much basis for saying Jesus was undocumented as there is for saying he was a cage fighter: sure it’s possible, but nothing in the Bible explicitly confirms or denies it. For a pastor to claim otherwise is distressing.

Poor Eller hit on a common pet peeve of mine. I know it’s kind of tacky to quote yourself, but this what I wrote about the issue a year ago when a higher-up in the Episcopal Church made the same allegation:

Put simply, my pet peeve is “Jesus-as-ammunition,” where personal traits about Jesus are stressed solely to score points in a debate. We see something similar with historical figures like Adolf Hitler, where there are endless debates whether Hitler was conservative or liberal or a Christian or an atheist. For every serious historian involved in these debates, there are probably a hundred partisans who just want to smear their opponents with accusations of Nazism. Jesus-as-ammunition is the prettier side of the same coin, conferring holiness by association instead of guilt by association.  Either way, it’s just as intellectually hollow.

Logicians refer to this way of thinking as the association fallacy. My mother was an immigrant. So was Hitler. So was Jesus. So were the 9/11 hijackers. So were some of the 9/11 firefighters. Immigrants, in short, are people; people with the full spectrum of human emotions and tendencies. To support a political position affecting millions based on personal admiration or animus towards a specific immigrant– even the Son of God– is to substitute rationality for sentimentality.

In short, Jesus was a migrant and wasn’t an “undocumented immigrant,” but Christians and atheists alike really shouldn’t care either way.