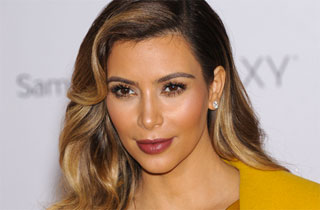 After (poorly-disclosed) satire site The Daily Currant managed to fool the New York Times with a fake Kim Kardashian story over the weekend, its owner told the Washington Post that he believes that the death-spiral of print journalism was responsible for the article.

“The article was clearly satirical and should never have been cited as fact. Kanye West comparing his own behind to a Michelangelo sculpture should have been a clue,” founder Daniel Barkeley told the Post (Which made us wonder, really? Really? Kanye once compared himself to Warhol, Shakespeare, Walt Disney, Nike, and Google in one sentence; the David statue can’t be that far behind.)

But it soon turned into a lecture on journalism, and how print journalism needs to stop being clickbait-land, etc. “I think the journalist’s actions need to be viewed in context of the deteriorating economic situation at the New York Times and its brethren in the print media,” Berkeley said:

Facing competition from infotainment sites like Buzzfeed and Gawker, journalists at more traditional publications are under more and more pressure to be both informative and entertaining. In this case it appears a New York Times journalist took a quote from our website because it made her article more entertaining. Which is unsurprising -– we are an entertainment website. But the quotes were also entirely fabricated, and fabrication has no place in journalism.

“As long as the underlying economic conditions endure, the temptation to lift an entertaining quote without verifying its provenance will always be there,” he concluded, leaving us unsure as to whether this quote is true or not.

All we’re gonna say is: We tried to warn you about this Currant site, dear media.