Darrell Issa Clarifies Remarks on Special Prosecutor: We May Need One ‘At Some Point’

Darrell Issa Clarifies Remarks on Special Prosecutor: We May Need One ‘At Some Point’ 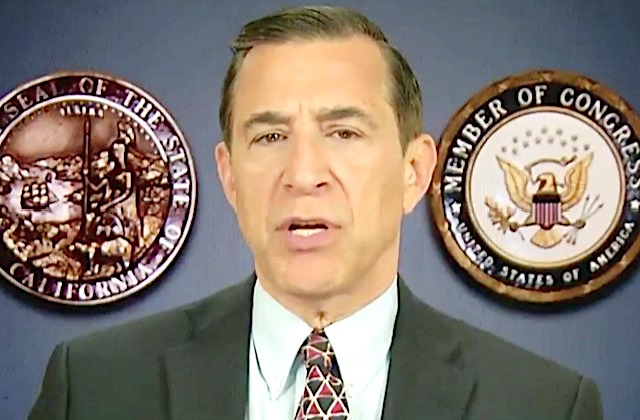 Congressman Darrell Issa got quite a lot of media attention for telling Bill Maher on Friday there should be a special prosecutor for the investigation into Russian election meddling, but he backtracked a little in an interview today.

Issa told CBS News that there certainly could be a special prosecutor “at some point,” but not necessarily right now:

“I certainly could see where if there is an allegation of a crime at some point, the call for a special prosecutor makes sense,” Issa told CBS News in an interview on Monday but adding, “I think it’s very important to realize there’s been no allegation by any part of this administration or by anyone who’s been to the hearings about any crimes.”

He continued, “So one of the challenges we have is a special prosecutor exists when you have an individual under suspicion. Currently we don’t have that.”

Issa’s comments spurred a lot of discussion on Capitol Hill in the past few days. Some Republicans have downplayed the need for a special prosecutor, while Sean Spicer asked today, “How many people have to say that there’s nothing there before you realize there’s nothing there?”

He also issued the following statement:

.@DarrellIssa makes clear he is not backing off his call for an independent review of Russian action leading up to, and after the election pic.twitter.com/I4TYoBwBha