David Duke to Politicians: If You Throw Scalise Under the Bus, I’ll Tell Everyone That We’ve Met

David Duke to Politicians: If You Throw Scalise Under the Bus, I’ll Tell Everyone That We’ve Met 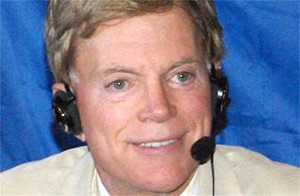 David Duke, prominent neo-Nazi and founder of the European-American Unity and Rights Organization, has a message to lawmakers scrambling to condemn Rep. Steve Scalise (R-LA) for speaking to his white supremacist group: throw my friend under the bus, and I’ll tell the world we hung out.

After Duke confirmed yesterday that he knew Scalise and thought he was a “fine family man,” Duke, famous in Louisiana politics for almost getting elected to high office despite being open about his history of white supremacy, told Fusion that Scalise wasn’t his only buddy (who he met “several times”). In fact, he knows lots of people in the Louisiana congressional delegation, people who reeeeallly don’t want to be publicly associated with him.

“If Scalise is going to be crucified — if Republicans want to throw Steve Scalise to the woods, then a lot of them better be looking over their shoulders,” Duke said.

As we’ve mentioned before, Duke was a well-known and surprisingly popular Louisiana politician in the ’90s despite his thoughts about blacks, Jews, and how awesome it is to sell Mein Kampf out of his office in the state legislature, and at one point, switched his party affiliation from Democrat to Republican. His popularity dramatically waned by 2002, but the likelihood that now-prominent politicians hung out with him before that? Pretty high. (Duke, however, says that he wouldn’t have won offices in certain areas of Louisiana because of the high number of Catholics.)

The revelations come at a time when the GOP seeks to diversify its ranks, and less than two months after Scalise, recently elected to the third-highest position in House leadership, touted the incoming GOP freshman class as “a great new diverse group of members, with really great backgrounds too.” (The new class has two black GOP representatives.)