Dear Secretary Powell: I Would Like to Apologize For Publicizing Your Private Emails 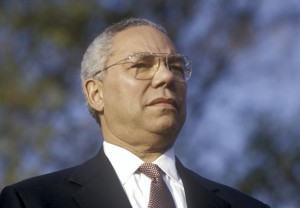 Colin Powell‘s unfiltered views on everything from Donald Trump to Hillary and Bill Clinton to his former cabinet compadre’ Dick Cheney would be news in any context. But completely unvarnished — even politically incorrect — analysis from the always ceremonious former Secretary? Well, the only way to get that would be to well, hack his phone, or email. Which is, of course, exactly what happened.

For the past few days, the media, including two of my sites Mediaite and LawNewz, have been feasting on every morsel of Powell’s biting commentary, personal musings and juicy gossip from his private emails which appear to have been hacked by a group affiliated with the Russian government.

​Rather than focusing on the fact that Powell is the victim of a crime, potentially at the hands of THE RUSSIAN GOVERNMENT, and that his privacy has been shamefully compromised, we in the media have generally just exacerbated the violation by amplifying and spreading the news with little to no guilt. And its not the first time.

So why, you fairly ask, don’t I just play my part by at least prohibiting my teams from using the pilfered prose? Well, its umm, complicated. For all of us.

First of all, it is newsworthy. Colin Powell is one of the most respected leaders, military or otherwise, of either party and consequently his views on politics and the election in particular, are certainly of great interest. But using that standard then there are pretty much no rules, no morals beyond basically if its interesting and new, it doesn’t matter how anyone receives any information.

Shouldn’t we care that these are private thoughts likely stolen by a foreign government and in the end, of little to no national import? Sure, we can make the argument that the sincere views and analysis of someone of Powell’s stature, is that important. And lets all agree that some of the thoughts are more significant than others. But even many of his often harsh comments about the candidates are mostly just fascinating gossip.

Second, it’s true. Powell has confirmed as much and there are only very rare occasions these days when the media, refuse to publish truthful information.

Finally, and maybe most troubling and yet persuasive, is the argument that everyone else is already covering it and so refraining would just put us at a competitive disadvantage and become little more than a symbolic and fruitless effort.

I do wish I had the fortitude to at least make that statement with so few highlighting the source of the information rather than just relishing in its prurience. But I just can’t bring us to be the only ones not to cover what is “news.” Maybe if I was still running a major media entity, I would have the luxury of being able to take that principled stance and it might even resonate.

In the meantime, Secretary Powell I just offer this apologia which is as heartfelt as it is hollow.