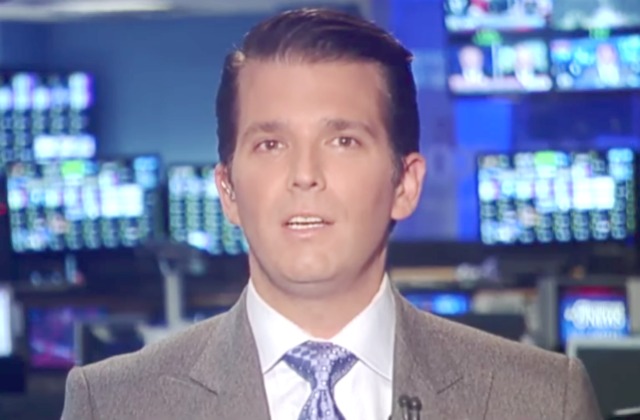 Donald Trump Jr. has admitted to corresponding with WikiLeaks after a report came out on the messages he exchanged with the organization last year.

The Atlantic released a report tonight with the details on how Trump Jr. reached out to WikiLeaks and received various requests and bits of advice during 2016. Now, it seems Trump Jr. is trying to get ahead of things, seeing as he tweeted out the messages that were supposedly shared with the Senate Judiciary Committee:

Here is the entire chain of messages with @wikileaks (with my whopping 3 responses) which one of the congressional committees has chosen to selectively leak. How ironic! 1/3 pic.twitter.com/SiwTqWtykA

WikiLeaks chief Julian Assange says Trump Jr.’s tweet puts their correspondence in a different light from what was inferred in the original report:

Based on these tweets, it is evident that Wikileaks reached out to Trump Jr. multiple times, offering updates about their news dumps, requesting content that would allow them to appear impartial, and making recommendations like how the mogul should challenge the election results if he were to lose.

This move seems reminiscent of when Trump Jr. previously released his emails pertaining to his meeting last year with a Russian lawyer who promised to give his father’s campaign dirt on Hillary Clinton.