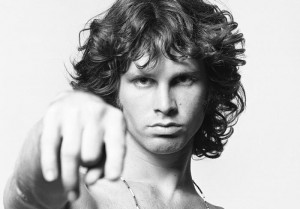 In 1969, after a series of strange days and one too many trips to the whiskey bar, Doors’ frontman Jim Morrison was arrested during a concert in Miami and convicted of indecent exposure and profanity. The singer planned on appealing the case but died in 1971. For years, fans have been trying to break on through all of the red tape and persuade Florida’s Governors to grant Morrison a posthumous pardon, so far to no avail. However, Gov. Charlie Crist did promise to consider it back in 2007 and now, fans who have been down so long are desperately hoping that he will wake up and get it done before and he’s out of office.

“Crist hasn’t moved on a Morrison pardon since [his 2007 promise] — but time is the difference now. Pardons in Florida must go through the Board of Executive Clemency, which has one final meeting Dec. 9. Crist, Chief Financial Officer Alex Sink, Attorney General Bill McCollum and Agriculture Commissioner Charles Bronson all sit on the board, but all will leave office in January.

Crist’s Senate run prevented him from seeking a second term, while Bronson is term-limited, and the unsuccessful bids for governor by Sink and McCollum will force them from office.

Under state law, a pardon must have the consent of Crist and at least two other members. Bronson spokesman Terence McElroy said Bronson is willing to consider it, while a McCollum spokesman said McCollum would consider it only if Crist brings it forward.”

Some might think these people are strange and that the fans of the Lizard King should just take it as it comes and not waste their time going up against these seeming five to one odds. But these fans point to other posthumous pardons (like that of Lenny Bruce) and hope that, someday soon, Crist will push, push this pardon through and that the famous singer will finally have a clear name. However, time is running out and the pardon has been coming at the pace of a crawling king snake. Really, someone just needs to come and light a fire under Crist…