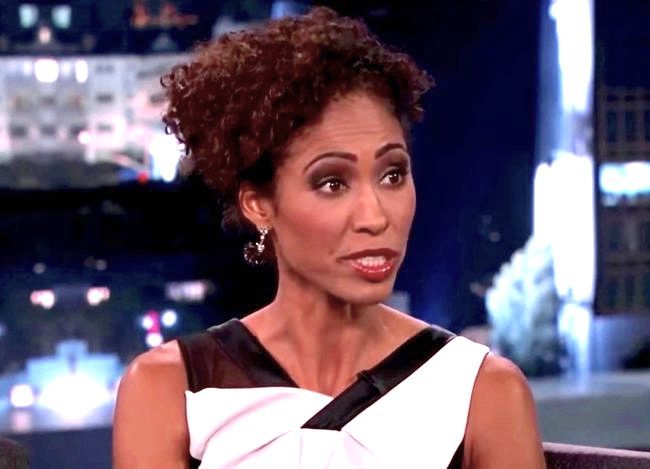 ESPN anchor Sage Steele came under fire Monday for an Instagram post in which she criticized protestors at Los Angeles International Airport on Sunday who she says caused her to miss her flight and forced fellow travelers to walk long distances while carrying luggage.

“So THIS is why thousands of us dragged luggage nearly 2 miles to get to LAX, but still missed our flights,” Steele wrote. Noting that the seven hour wait for her flight to Houston for Super Bowl coverage “won’t affect me that much,” she added, “I love witnessing people exercise their right to protest! But it saddened me to see the joy on their faces knowing that they were successful in disrupting so many people’s travel plans.”

So THIS is why thousands of us dragged luggage nearly 2 miles to get to LAX, but still missed our flights. Fortunately, a 7 hour wait for the next flight to Houston won't affect me that much, but my heart sank for the elderly and parents with small children who did their best to walk all that way but had no chance of making their flights. I love witnessing people exercise their right to protest! But it saddened me to see the joy on their faces knowing that they were successful in disrupting so many people's travel plans. Yes, immigrants were affected by this as well. Brilliant. ??

Twitter users criticized Steele for being, in their view, “selfish,” for complaining about her being inconvenienced.

@sagesteele As a volunteer attorney who helped reunite a family this past weekend your comments are stunning. Some things are bigger than u.

@sagesteele People standing up for those who are getting their lives damaged by an unconstitutional order is more important than ur travel.

@sagesteele OMFG! We would march for YOU, too, if needed. Stop being selfish & get near to airport sooner so u don't miss flight.

@sagesteele Sorry human rights violations and families being destroyed got in your way. Did you get your espresso?

@sagesteele Just like the People who waited two+ years to get visas and we turned away at airports. Send your complaints to the White House.

@sagesteele Sorry, this is part of ticket price of being an American, occasional "disruption" while we fight for life/liberty.

@sagesteele Delayed Flights vs Delayed Rights .. Seriously, this is the argument ?

Like you said, fortunately a seven hour delay in Houston won't affect you that much. Fortunate, eh? https://t.co/eaxVD0D5LG

I understand the inconvenience of missing a flight etc, but why people are protesting -for inhumane regulations- is much bigger than that. https://t.co/mG5ZcMXPZ6

@TaylorRooks @sagesteele I'm flying today. Any inconvenience I encounter will be minor in light of the injustices perpetrated vs refugees.

Some fans came to Steele’s defense:

@KpHeaney Didnt she say she wasnt inconvenienced and it wasnt about her? I dont get why people keep saying she is complaining about herself.

@sagesteele @MikeSilver sage … you're right on this subject btw. ??

@TaylorRooks @sagesteele How about an informed one for starters! Thank you Sage for keeping it real. Where's the anti-terrorism outrage?

@sagesteele hey Sage..w/ all due respect..what types of protest do you prefer? The 'disruption' is the point of protest.

@TaylorRooks has nothing to do w what I "prefer". Comical to see the process used to determine when it's "ok" to disrupt. It wasn't…