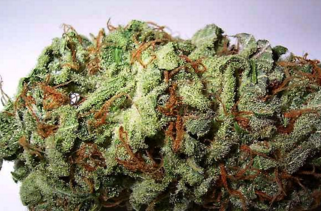 A few days ago, a  Drug Enforcement Agency memo to legislators was released that said the agency will most likely be reclassifying marijuana before July. The DEA currently lists marijuana as a Schedule I drug, which means they see it like this:

Schedule I drugs, substances, or chemicals are defined as drugs with no currently accepted medical use and a high potential for abuse. Schedule I drugs are the most dangerous drugs of all the drug schedules with potentially severe psychological or physical dependence.

For scope, Vicodin and OxyContin are Schedule II drugs. Ketamine is a Schedule III. Xanax and Valium are Schedule IV. Weed, in the eyes of the federal government, is more addictive and dangerous than Xanax by four levels of severity.

Unlike ketamine and Vicodin, though, weed is somehow widely accepted in American culture as something that is almost blasé at this point. It is smoked on live television. Miniseries are centered on it and contemporary shows include it in plot lines that are more “average day” than PSA. Some states have legalized it for recreational use and some states are gradually moving toward that. It even has a place in today’s presidential campaign.

On one hand we’re almost legal on a state level, on another hand the DEA has marijuana in the same category as heroin.

Perhaps most importantly, though, medical marijuana has proven to be popular and successful. Because of all of the reasons above and the stunning advancements made in medical research involving cannabis, people have been pushing the government hard to puff, puff, pass some new legislation about the legality of the substance.

Even five years ago, 50% of Americans favored legalization altogether. As you can imagine, following the release of the memo that promises to reevaluate the scheduling, people were excited to see that what they see as a wildly overblown scheduling status might be on its way out. It’s been trending on Facebook all day.

First set in 1970, marijuana’s classification under the Controlled Substances Act has become increasingly out of step with scientific research, public opinion, medical use and state law. Citing marijuana’s potentially significant therapeutic potential for a number of serious ailments, including chronic pain and epilepsy, organizations such as the American Medical Association and the American Academy of Pediatrics have called on the DEA to change the drug’s scheduling status.

To be clear, this isn’t so much a victory for the 10% of admitted regular recreational smokers as it is for those who support research on medical uses of the drug. At present, current laws only allow one research institution — the University of Mississippi — to have the monopoly of weed for studying. Last year, a Brookings Institute report argued, “Because of this monopoly, research-grade drugs that meet researchers’ specifications often take years to acquire, if they are produced at all.”

Also, on average, the DEA has granted the research ganja to only nine institutions per year. Their interest in rescheduling stems from how unfeasible that is in light of recent advancements at local and state levels. The amount of regulations applied to research on weed actually deters researchers from pursuing it at all, according to John Hudak of the Brookings Institute.

While the main goal of groups that have advocated for rescheduling has been medical research, there is no doubt that this would have an impact on those who burn for no other reason than that they want to.