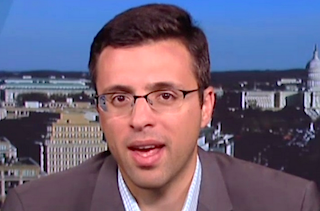 Titled “How Vox aggregates,” the piece not only addresses Silver’s concerns directly but also goes into great detail to explain why and how the site uses other people’s work — and how it is supposed to utilize proper attribution in those cases.

“Our policy, to our staff, is simple: any time we use work created by someone else, we need clear attribution to the original author and a link back to the source,” Klein wrote. “When appropriate, we should do more than that: we should add to the conversation with new facts, ideas, or reporting.” But then there are times when they “do it poorly” and “deserve to get called out.”

Addressing Silver’s example directly, Klein noted that Vox did give FiveThirtyEight credit for the graph in question, but did not include a link to that site (it has since been added here).

“This was carelessness, not malice, but it’s a violation of Vox’s internal standards,” Klein said. “Our policy requires attribution, and any time we fail that policy is inexcusable. It’s a betrayal of what makes the web positive-sum. Silver’s right to be upset by it. He has my apologies.”

Then, he went deep into the history of aggregation, including how Time magazine “began its life as an aggregation shop” and even provided his email address to anyone who feels their work has been used inappropriately by Vox.

Silver has yet to accept Klein’s apology — on Twitter, at least — but we will be keeping an eye out to see how this war of the data-based journalists progresses.