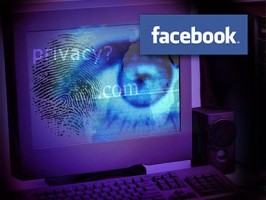 If you are one of Facebook’s more than 350 million users and have logged in since last night, you were greeted by an open letter from Facebook founder Mark Zuckerberg outlining a sweeping set of changes to the site. Regional networks are officially dead and gone (though Mashable called their demise a while ago). And privacy settings are getting a major shakeup.

The comments on Zuckerberg’s note tend towards favorable, but one, somewhat unrelated question keeps popping up: where’s the dislike button?

Facebook’s current privacy model revolves around “networks” — communities for your school, your company or your region. This worked well when Facebook was mostly used by students, since it made sense that a student might want to share content with their fellow students.

Over time people also asked us to add networks for companies and regions as well. Today we even have networks for some entire countries, like India and China.

However, as Facebook has grown, some of these regional networks now have millions of members and we’ve concluded that this is no longer the best way for you to control your privacy. Almost 50 percent of all Facebook users are members of regional networks, so this is an important issue for us. If we can build a better system, then more than 100 million people will have even more control of their information.

The plan we’ve come up with is to remove regional networks completely and create a simpler model for privacy control where you can set content to be available to only your friends, friends of your friends, or everyone.

No regional networks, different privacy rules: these aren’t the sorts of changes that vastly impact users’ day-to-day experience, at least until their bosses/parents/teachers/bosses’ parents’ teachers find an unprotected photo of them doing a “keg stand.” But these are significant back-end changes.

Fast Company’s Kit Eaton made this neat graphic out of the 16,000+ comments on Zuckerberg’s note (visit Fast Company to see it fully sized) and made this surprising finding. Time and time again, “dislike” and “button” came up next to each other — as in, people were asking for a dislike button to counterbalance the “like” button under items in the Facebook feed. There’s currently an unofficial Firefox plugin that allows you to dislike stuff, but while it might be a great destresser, its usefulness as a social communication tool is limited, since other people have to have the dislike button installed as well for them to see your dislikes.

A dislike button may just be too negative for Facebook to embrace — and some of the same people clamoring for it might be hesitant if dislike trolls harshed on their every joke/name drop/new hairstyle. But this groundswell of support will have to give Zuckerberg & co. at least some pause.